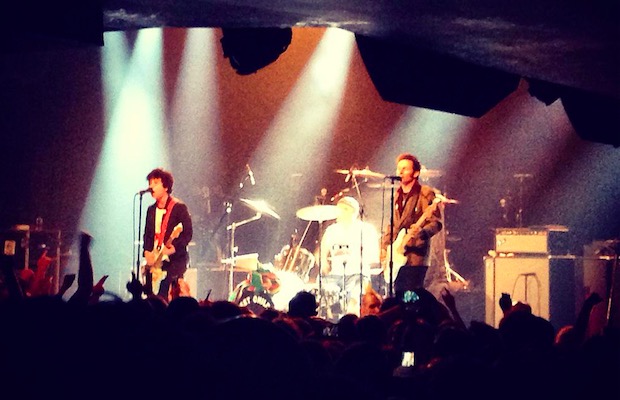 Last night, Green Day returned to the stage for the first time in over a year at the House Of Blues in Cleveland, Ohio.

They kicked things off with a surprise hour-long set as Sweet Children (Green Day's initial moniker) with original drummer John Kiffmeyer, which included tracks that haven't been performed in over 20 years. Frontman Billie Joe Armstrong and bassist Mike Dirnt later returned to the stage with Tre Cool behind the kit and busted through an immaculate, reportedly 24-track set of fan favorites. They were even joined by Tim Armstrong for a few songs, including a freaking Rancid cover. Does it even get more punk than that?

You can watch a nearly 30-minute fan-shot highlight video of the gig below.