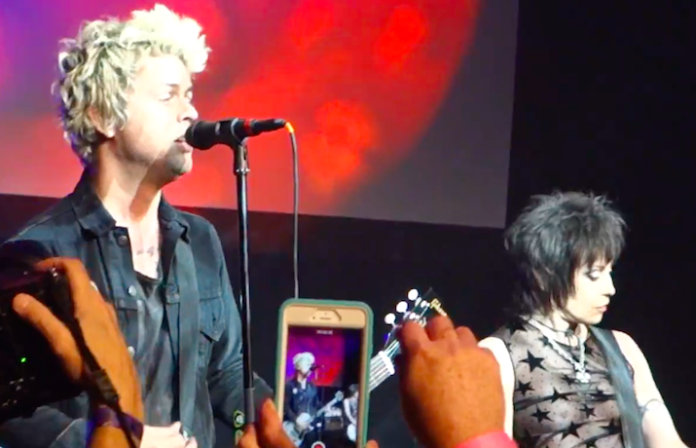 Green Day's Billie Joe Armstrong is a man of many talents. Alongside being the lead singer of a massively popular band, working on Broadway and owning a coffee company, Armstrong is also the star of a new film. Geezer tells the tale of a middle-aged rocker having a nostalgic crisis about his punk youth while already settled into to family life. Tribeca Film Festival hosted the world premiere of the movie, plus a surprise performance from Green Day (minus bassist Mike Dirnt), which featured a special guest appearance by Joan Jett and a cover of “Bad Reputation.” Green Day Authority reported the following setlist and dug up some live videos. Check it out below.

Read more: Green Day back in the studio?

So… Last night was the best night of my life. I saw my idol, Billie Joe Armstrong, live for the second time (I was nine the first time). I also got to see the world premiere of his first ever leading role movie, Geezer. More pictures to come. #greenday #tribecafilmfestival #geezer #peaceandlove