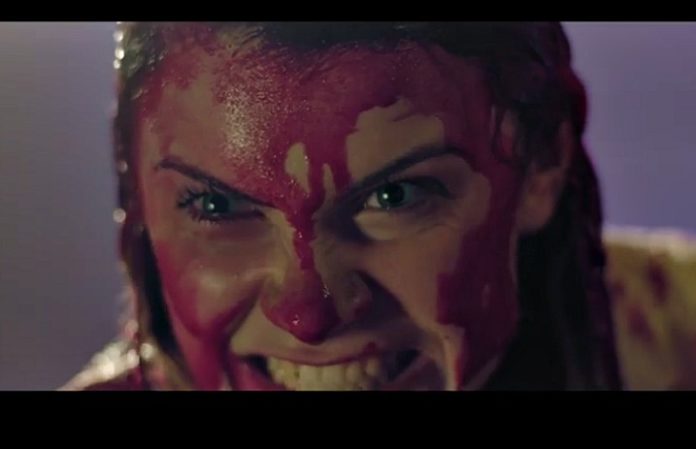 Ice Nine Kills released a cinematic video for their song “Hell in the Hallways,” giving their spin on the 1976 cult classic film Carrie, based on Stephen King's 1974 novel of the same name.

The song is taken from the band's latest album Every Trick In The Book, which is available now on iTunes.

“Hell in The Hallways” serves as a sequel to Ice Nine Kills' video for “Communion Of The Cursed” and serves to take a stand against bullying. Fans traveled from all over the country to the band's native state of Massachusetts to make up 90 percent of the video's cast.

“As an avid fan of horror films with multiple sequels, I have long had the urge to connect our music videos as a chronologic progression of stories. Taking off from our last video, based on The Exorcist, and moving into this new tribute to Carrie, I tried to create an original narrative that links these two classic tales of terror,” shares Vocalist Spencer Charnas. “Reuniting with Dan Kennedy and Rasa Partin from Little Sky Film (directors of “Communion Of The Cursed”) enabled us to bring my vision to life in an elegantly twisted way. But above all, the band wanted to take a stand against bullying and the cruelty it inflicts on so many kids. At it's core, the story of Carrie is a profound morality tale about the dangers of bullying and the horrific consequences that can ensue. With a growing understanding by psychiatrists of the life-long consequences of being bullied, along with an increasing number of suicides, it seemed like a good time to put a spotlight on this epidemic.”

Check out the video, directed by Dan Kennedy and Rasa Partin of Little Sky Film, below.