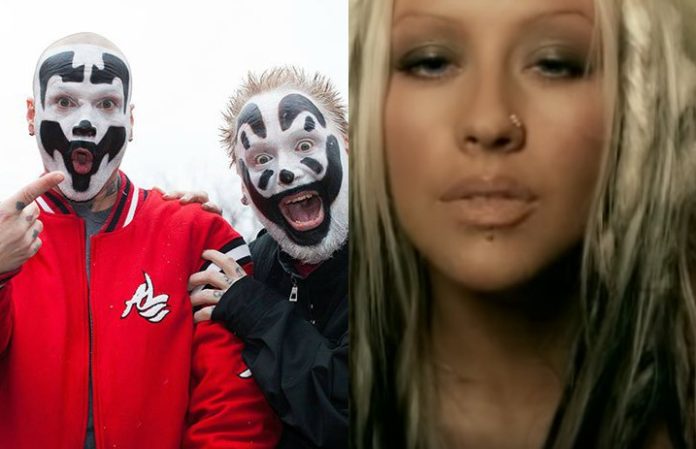 We’re definitely used to punk going pop, but hip hop going pop? That’s a change. Taken from the album Smothered, Covered, & Chunked part of the Red Pop edition of the 2nd Joker’s Card of the Second Deck, The Mighty Death Pop!, Insane Clown Posse have released a video of their cover of Christina Aguilera’s “Beautiful.”

Of course, in true ICP fashion, they tweaked some of the lyrics to fit the duo better and Shaggy 2 Dope added a sick rap halfway through the song.

Check out the video below—and sing along, we know you remember the words.

And if you want to take a trip down memory lane, watch the original video from 2002: