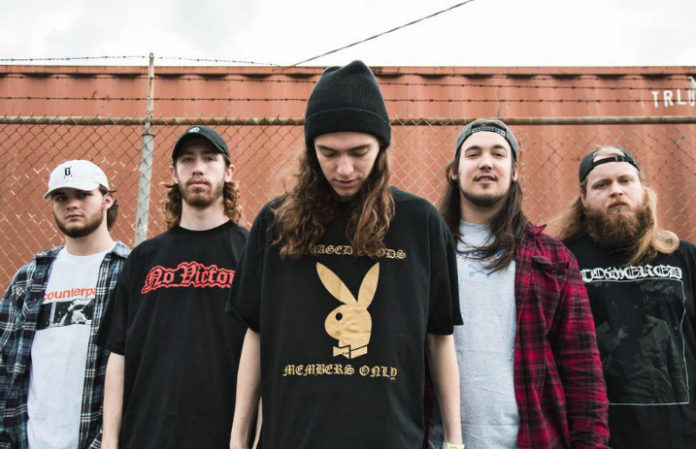 Two floors with skate ramps of all sizes, a faux brick wall for spray painting, devastating hardcore and booming hip-hop made Zumiez’s Skate The Loft event at Webster Hall on April 20 a total playground. Local skaters did tricks up ramps and down stairs as the music blared and the attendees moshed. There wasn’t a boring moment to be had in any corner of the beloved NYC venue as Knocked Loose tore the Marlin Room to pieces and DJs hyped up the crowd upstairs. The party on the third floor was total madness as people danced, watched competing skaters from the floor level all the way up to the balcony, and packed as many bodies into one room as humanly possible. Polaroid photos were snapped of members of the audience from start to finish to commemorate the moment, and the event even inspired people to start learning how to skate. “No joke, I’m picking up a skateboard tomorrow,” a wide-eyed show-goer was overheard saying.

“It was like a microcosm of the city itself, paying tribute to how much diversity can fit into one place.“

The aesthetics of the event were mind-blowing enough, looking like a BMX competition combined with the pomp of an awards show. But the real excitement was in the variety of alternative subcultures represented in the same building. Hardcore fans and hip-hop and rap fans melded together into one hub, bringing several New York City street scenes together. It was like a microcosm of the city itself, paying tribute to how much diversity can fit into one place. Professional artists, performers and Adidas athletes were there, but so were the artists, performers and athletes who walk and ride the streets everyday. It felt like one enormous house party, where no rules applied and the only object of importance was fun and absolute freedom of expression. And all of this was absolutely free, provided that you picked up your ticket from a local Zumiez store. But Skate The Loft wasn’t just about trying to sell an image, it was about about putting the local culture up in lights and celebrating every person that makes up that culture.

As the night grew late, no one wanted to leave, despite the trains or buses they had to catch. Taking that first step back outside the venue immediately came with the question of when the next one will be. As an epicenter for cultural diasporas and their attendant creative avenues, it's safe to say that Skate The Loft was one of the best events of the year.  Zumiez better be thinking of penciling in the event on all of their future calendars, because it is one no one will want to miss.