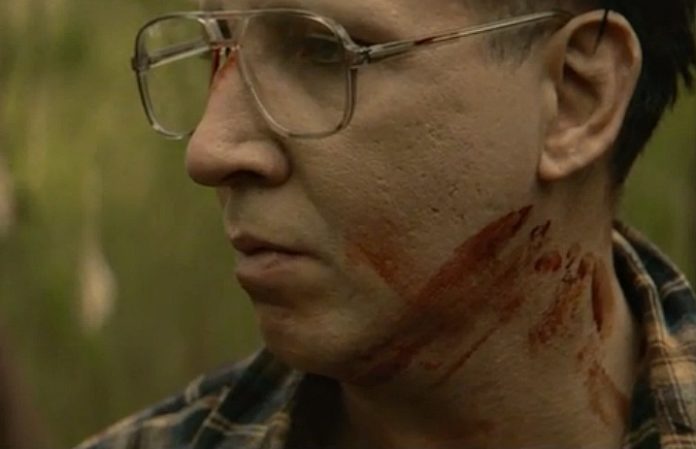 We're not giving him the 2016 APMAs Icon Award for nothing!

Marilyn Manson's talents extend far beyond music, into the worlds of fashion, painting and of course, acting. The self-proclaimed Anti-Christ Superstar plays a hitman named Pope in Let Me Make You A Martyr.

The forthcoming drama, which premieres at the Fantasia Film Festival in Montreal next month, reunites Manson with Mark “Boone” Junior. Boone starred as Bobby Munson on the hit series Sons Of Anarchy from 2008 to 2014. Manson had a recurring role on the FX drama as the prison based leader of a white power gang. Like the Cleveland-based Alternative Press, both stars hail from Ohio: Manson was born Brian Hugh Warner in Canton; Boone was born Mark Heidrich in Cincinnati.

Indiewire exlusively premiered the new trailer for Let Me Make You A Martyr. The film also stars Boston based rapper Slaine, best-known for his role in Ben Affleck's The Town.

Manson has appeared in Lost Highway (1997), Jawbreaker (1999), Party Monster (2003) as well as episodes of Eastbound & Down, Californication and Once Upon A Time.

Marilyn Manson will recieve the Icon Award at this year’s APMAs. Cast your vote and purchase your tickets now!