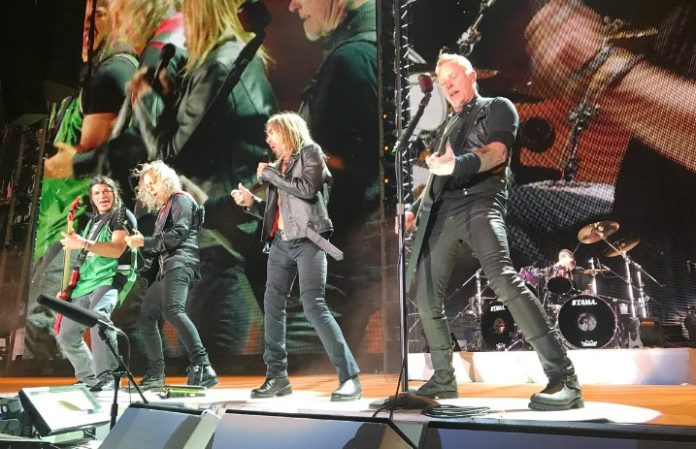 Along with his birthday message, Hetfield rid himself of his shirt in true Iggy Pop fashion and encouraged fans everywhere to do the same.

Read his message below and watch the vid.

“Hey, Iggy. Happy 70th birthday. You don’t look a day over 30. I’ve enjoyed immensely getting to know you over this year and have nothing but respect and love for you and what you’ve done for rebellious music. And I just wanna say that you’re not only a survivor but a huge inspiration for me as I battle on into older age and enjoy every moment of it. So I think everyone there, in honor of Iggy and his 70th, should take their shirts off. Yeah! Have the faith! Keep the faith, brother! Take your shirt off.”