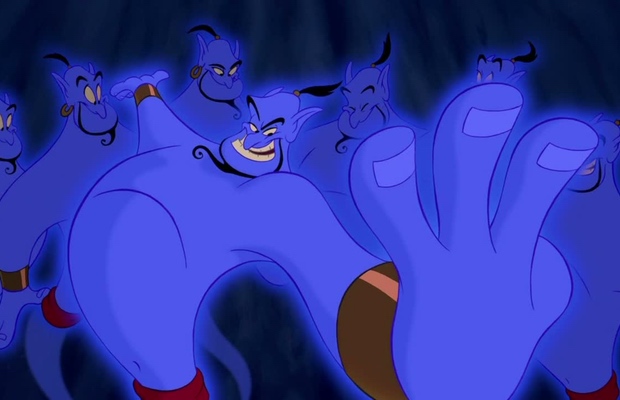 Genie from Disney's Aladdin is one of the studio's most memorable characters, largely due to Robin Williams' incredible voice work. Disney is set to release the film on Blu-Ray for the first time next week, October 13, including never-before-seen outtakes of Williams perfecting the genie character.

In the Good Morning America exclusive footage below, you'll find Williams recording unused dialog for the character during the film's recording sessions in 1992. Watch the full video for all of the information about the sessions as well as the Blu-Ray release, and interviews with the original Aladdin voice actors.

Robin Williams passed away in August 2014.