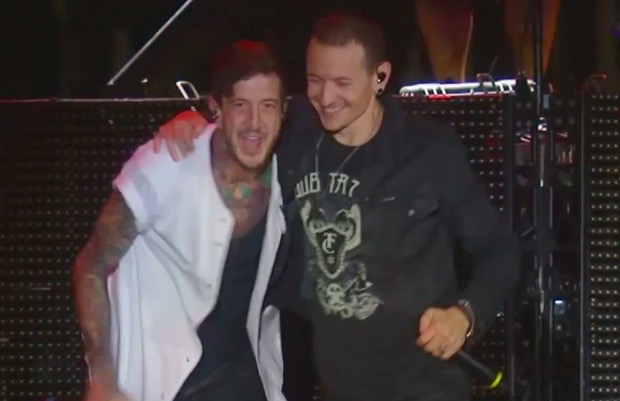 Last night, Linkin Park performed at the Rock In Rio music fest in Las Vegas, Nevada. For “Faint,” the band brought out Of Mice & Men's Austin Carlile, which you can watch a video of below. The PRP reported that bassist/vocalist Aaron Pauley joined the band onstage for a handful of songs as well.

If you missed it, LP frontman Chester Bennington recently spoke with AltPress on the since-canceled Hunting Party Tour, the band’s return to their heavier sound and what it was like for Linkin Park to take on Warped Tour for a day last summer.