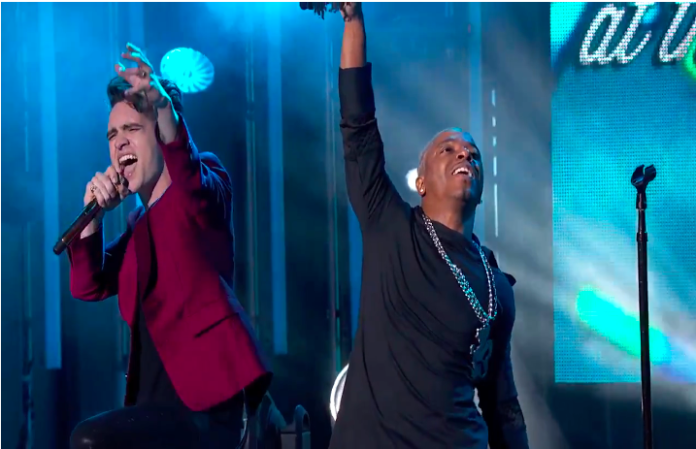 From PVRIS to Panic!, Jimmy Kimmel has been killing it lately with performers—and last night was no exception. Watch Panic! At The Disco join R&B singer SisQó for an awesome performance of “Thong Song” below.

Read more: Watch Panic! At The Disco turn up the crazy on The Ellen Show

“Thong Song” comes from SisQó’s 1999 debut album Unleash The Dragon, which is considered quintuple platinum by selling five million copies in North America. Panic! At The Disco, on the other hand, just released their massive fifth album Death Of A Bachelor, which went to No. 1 on the Billboard Charts.