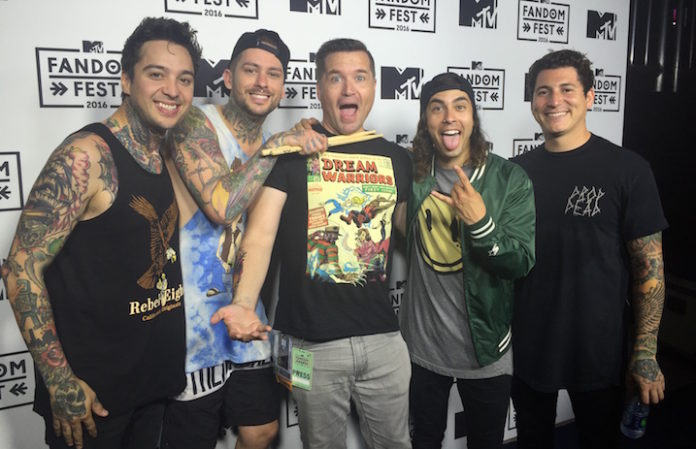 Less than a week after Pierce The Veil and Tyler Posey appeared at the 2016 APMAs, they were reunited at another big awards show. The third annual MTV Fandom Awards took place Thursday, July 21, in PTV’s hometown of San Diego, as the city went super-powered for Comic Con.

Musical guests included rapper Kent Jones (who opened the show), Krewella (who closed) and Pierce The Veil, whose high energy set was incredibly well-received by the crowd. PTV’s short setlist leaned heavily on their new album, Misadventures. They opened with “Dive In,” followed by Collide With The Sky classic “Bulls In The Bronx,” the beautifully poppy and emotional “Floral & Fading” and the song currently conquering rock radio airwaves, “Circles.”

MTV Teen Wolf star (and last year's cohost) Posey hosted the festivities, which were held at Petco Park, not far from the convention center where San Diego Comic Con dominated the pop culture landscape for another year.

The 2016 MTV Fandom Awards airs Sunday, July 24 at 8/7c. For complete information on how to watch, click here.