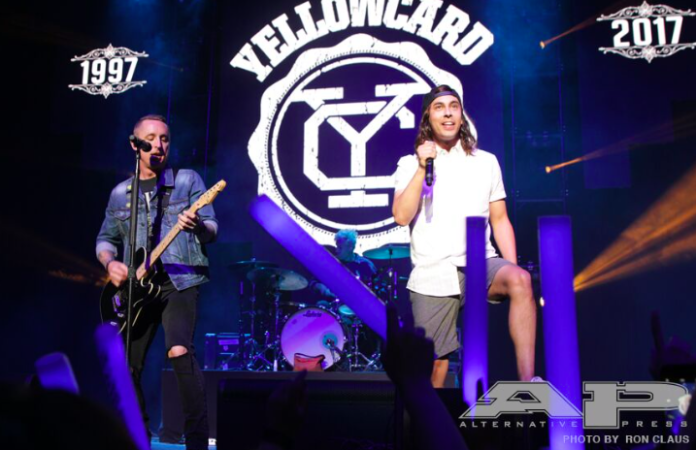 They also played “Only One” with Bradley Walden of Emarosa, “Lights And Sounds” with Eddy Brewerton of Moose Blood and their new song, “Rest In Peace.”

Before their performance, Yellowcard received the Vans Off The Wall Award presented by State Champs.