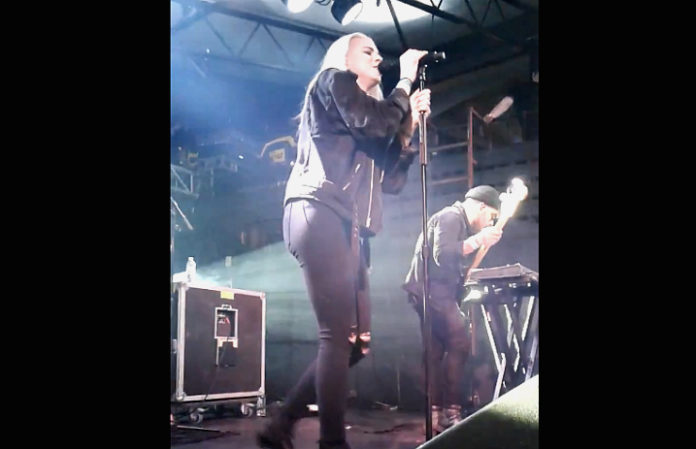 Check out a few clips of their performance below!

Check out the shirt design and purchase link here.

PVRIS weren’t the only ones performing at the “Never Going Back” rally. They were joined by Sleigh Bells, Girlpool and Hoops, and other local DJs.

If weren’t able to make it to their special performance, but you still want to support the cause, you can donate to Planned Parenthood through a special donation page here.

Check out a few clips below:

It was announced last month that PVRIS had finished recording their highly anticipated sophomore album.

PVRIS will also be hitting the road soon with Muse and 30 Seconds to Mars. You can check out the dates for that amazing tour below.

What do you think of the band’s performance? Let us know in the comments!