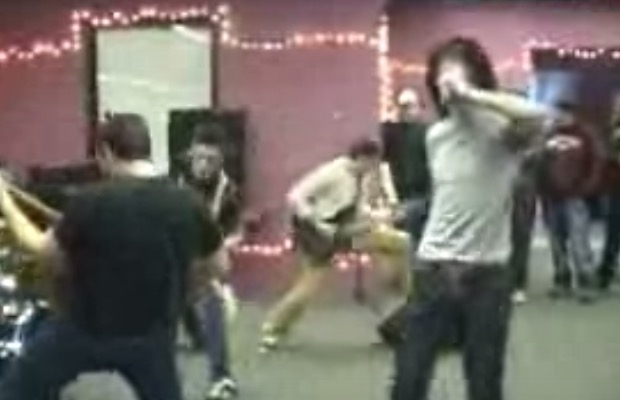 Before Spencer Chamberlain began serving as frontman for Underoath in 2003, he provided vocals for Florida-based metalcore band This Runs Through. Among other members, he played alongside his brother, Phil Chamberlain, who was the drummer.

This Runs Through released a sole EP in 2003, titled Until Forever Finds Me. Two additional songs, “Writing Books And Changing Lives” and “Drowning Insecurities With The Beauty Of Design,” were later released on the Facedown Records sampler, Something Worth Fighting For.

In 2009, the band joined Australian label El Shaddai Records for a special re-release of Until Forever Finds Me. With no further word, however, it looks as though the project has since been abandoned.

Video: Footage surfaces from one of Underoath's first shows in 1998

After going their separate ways, members went on to play in Underoath, Sullivan, To Speak Of Wolves and the Afterlife Kids.

Below, you can watch a few rare videos of This Runs Through performing with Spencer in 2002.