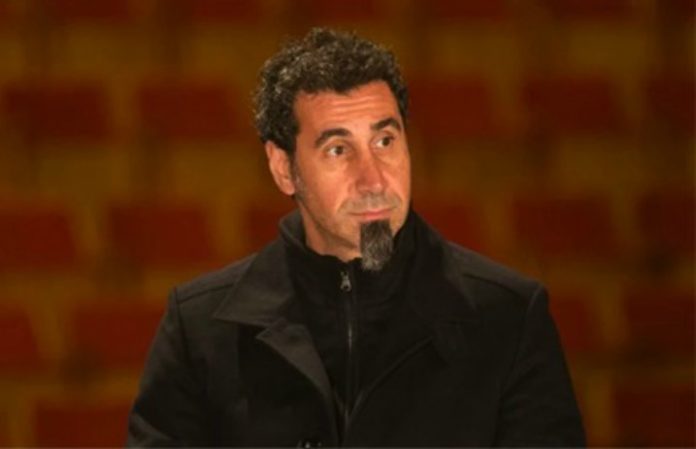 Fans of movies and TV series alike can agree that a production's musical score is always important in facilitating the mood.

HBO's hit series Game Of Thrones is no different, as its epic orchestral soundtrack takes viewers on as much of an unpredictable journey as the show's plot line.

Yesterday in Los Angeles, the Game Of Thrones Live Concert Experience made its way to The Forum, featuring symphony performances of many of the popular arrangements from the show.

Fans in LA received a special appearance at their show however, as System Of A Down frontman Serj Tankian graced the stage to perform “The Rains of Castamere.” He tweeted about it just before the show.

My friend Ramin Djawadi, composer of Game Of Thrones, and I playing cars? OR Prepping for the #GameofThronesLive show at the @TheForum pic.twitter.com/zYqKbmeZJa

You can view his entire performance below, which was uploaded thanks to YouTube user Madelaine Fordham.

The Game Of Thrones Live Concert Experience began touring around the country in February, and is composed by Ramin Djawadi, who is pictured in Tankian's tweet. He's also scored films such as Pacific Rim and another popular HBO series in Westworld.

Watch Serj Tankian's epic performance with the orchestra while some clips from Game Of Thrones play alongside.

He really nailed it didn't he?! Let us know what you think of Tankian's solo in the comments!