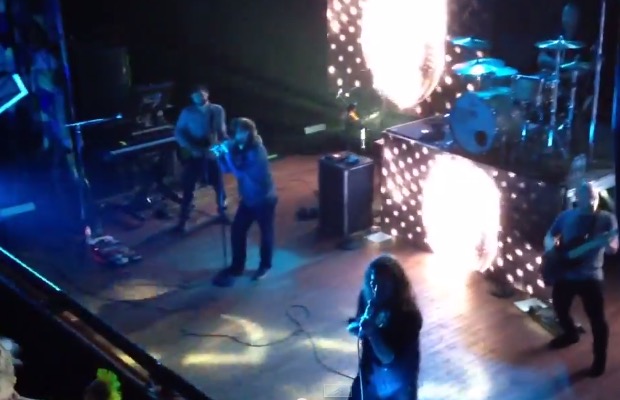 Taking Back Sunday were in Cleveland, Ohio last night on their current headlining tour with letlive. and the Menzingers. The Gaslight Anthem, who are scheduled to perform in Cleveland tonight, just so happened to arrive in town early enough for frontman Brian Fallon to join TBS on stage for a performance of their scene classic, “A Decade Under The Influence” (via Substream). Check out a video clip of the song below and let us know your thoughts!

Read more: “There’s not a lot of room for nostalgia”—Taking Back Sunday on ‘Happiness Is’ live and the future

Taking Back Sunday released their most recent studio album, Happiness Is, in 2014 via Hopeless Records. In case you missed it, we recently dug up this AP-exclusive gem of Taking Back Sunday and Thursday joining forces for a cover of Nirvana's “Smells Like Teen Spirit.”

(Fun fact: Members of Silverstein were also at last night's TBS show. They were merely observing, however.)