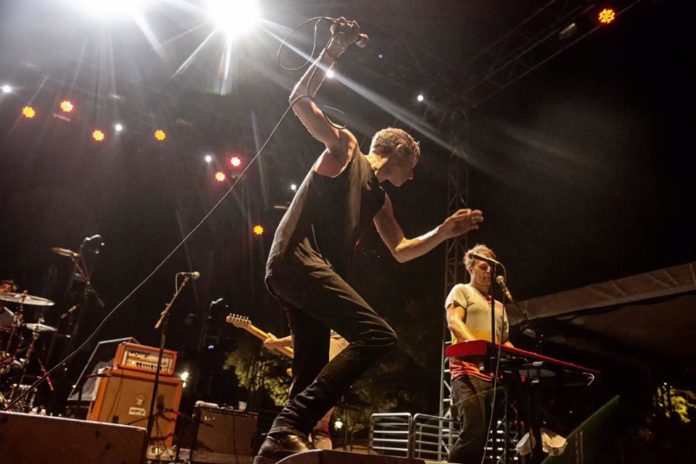 Over the weekend, the Blood Brothers performed their second of five currently scheduled reunion shows at FYF Fest. Footage of the band performing their songs, “Ambulance Vs. Ambulance,” and “Crimes,” have surfaced online. Watch them below, and check out a full set list as well.

The band are scheduled to play two dates in New York on October 4 and 5, as well as make an appearance at this year's Fun Fun Fun Fest in Austin, Texas.

The Blood Brothers originally broke up in 2007, making this run of shows their first in eight years.

Encore:
Set Fire to the Face on Fire
Feed Me to the Forest
Jennifer
Birth Skin/Death Leather
The Shame