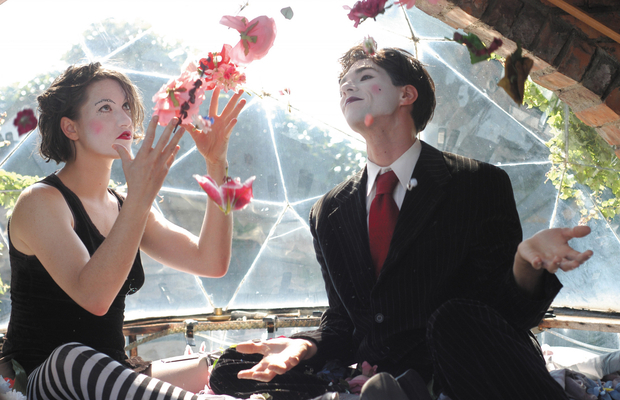 The Dresden Dolls played a free show on April 18 at Rough Trade in New York in celebration of the release of their The Virginia Monologues Record Store Day-exclusive LP set.

The performance marked the duo’s first U.S. show since their 2010 reunion tour.

“The ’Dolls haven’t played together in years,” vocalist/pianist Amanda Palmer said upon announcing the show. “We’ve certainly never played [with] a pregnant member, and this is historic and special.”

Thanks to demand and contributions from fans on Amanda Palmer's Patreon, the band were able to livestream the set at the time and have now released a final edit of the show to be re-watched forever on YouTube. Check it out below and let us know what you think!