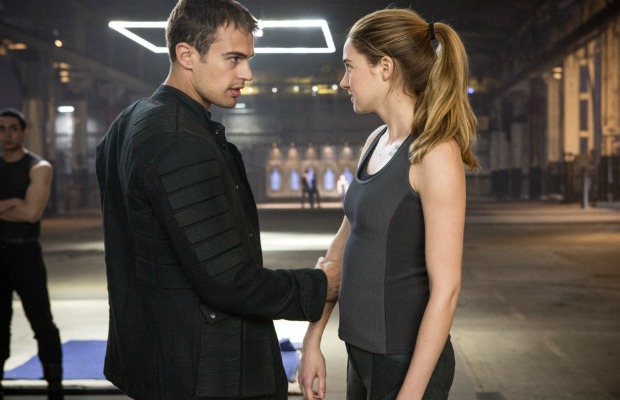 Shailene Woodley and Theo James, stars of the upcoming film Divergent, stopped by Jimmy Kimmel Live last night to premiere the final trailer for the film.

The movie, which also stars Kate Winslet, Ashley Judd, Tony Goldwyn, Zoë Kravitz, Ansel Elgort, Maggie Q, Jai Courtney and Miles Teller, is based on the novel of the same name by Veronica Roth and is the first in a trilogy. Divergent takes place in the future in a dystopian Chicago. The city is divided into five factions, and once a year all the 16-year-olds take a test that will tell them which faction they belong in. When Beatrice Prior (Woodley) takes the test, she learns she is Divergent and will never fit into a group. She soon learns of a plot to destroy all Divergents.

The trailer starts at the 1:44 mark in the video below. Divergent opens nationwide March 21.