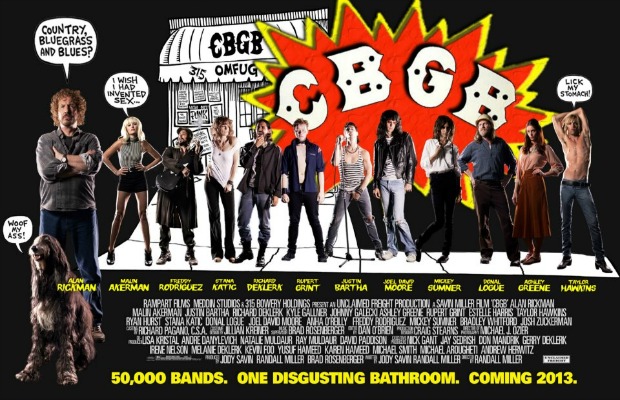 The first trailer for CBGB, the film that traces the storied punk venue's beginning premiered today via The Hollywood Reporter. You can watch the clip below.