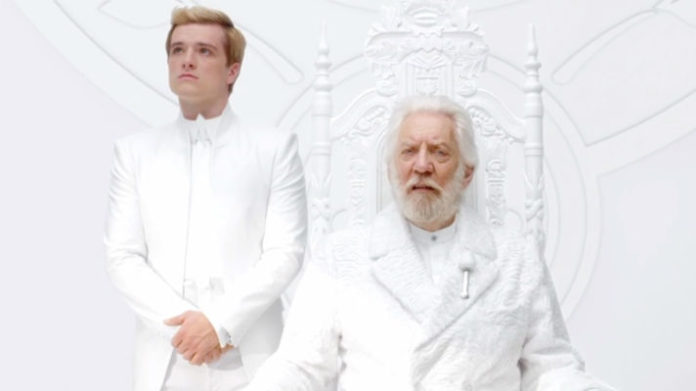 The first trailer for The Hunger Games: Mockingjay – Part 1 hit the web today, but those expecting a glimpse of Katniss Everdeen (played by Jennifer Lawrence) were instead greeted by Panem's President Snow. The President (Donald Sutherland), dressed all in white and joined by a silent Peeta Mellark (Josh Hutcherson), offers up some good old fashioned government propaganda for one minute and 13 seconds. He ends with the line “Panem today, Panem tomorrow, Panem forever,” which is eerily reminscent of former Alabama governor George Wallace's famous 1963 Inaugural Address in which he proclaimed, “Segregation now, segregation tomorrow, segregation forever.”

Check out the trailer below, and let us know what you think. The Hunger Games: Mockingjay – Part 1 opens nationwide Nov. 21.