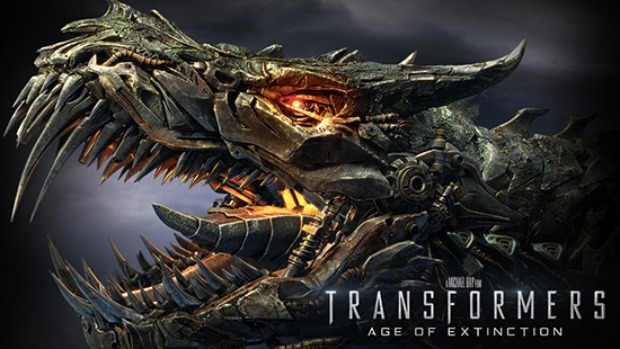 The new trailer for Michael Bay’s Transformers: Age Of Extinction has a bunch of new footage, including a flying Titanic (that crashes and explodes), a Lamborghini-transformer, Dinobots and tons of invading spaceships. Watch the trailer below, and let us know what you think.

Written by Ehren Kruger and directed by Bay, the new movie finds Mark Wahlberg, playing a mechanic named Cade Yeagar, joining the series about warring races of alien robots with a who leave a wake of massive destruction on planet Earth. If you missed it, watch the first trailer.