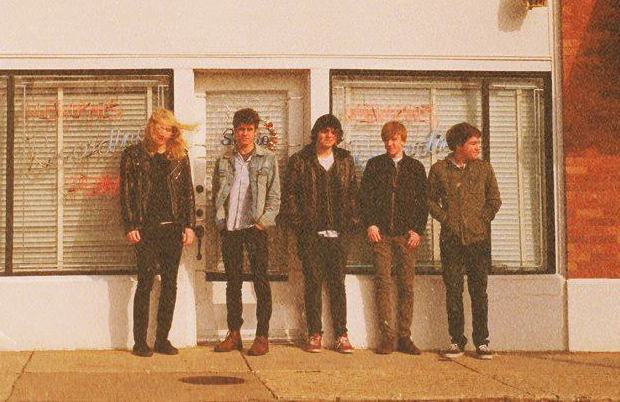 The Orwells stopped by the Late Show With David Letterman last night to perform “Who Needs You,” a track from their new EP of the the same name.

You may remember the young Chicago group from our “Four Simple Words: Lollapalooza” feature, or know them for their breakout hit “Mallrats (La La La).”

Barely out of high school, the band released a full-length and two EPs throughout 2012 and 2013, and, in addition to making festival rounds, have toured with acts such as FIDLAR and Palma Violets.

Check out their Letterman performance below, and be sure to watch until the end, where an overly enthusiastic Letterman and Paul Shaffer demand an encore that never arrives, before Shaffer launches into his own rendition of “Who Needs You.” This just two days after Shaffer backed Sleigh Bells for their Late Show appearance.

The Orwells will support Arctic Monkeys on their upcoming U.S. tour, before taking part in the 2014 Weezer Cruise and embarking on headlining runs of the UK and U.S. Here's a full list of dates: