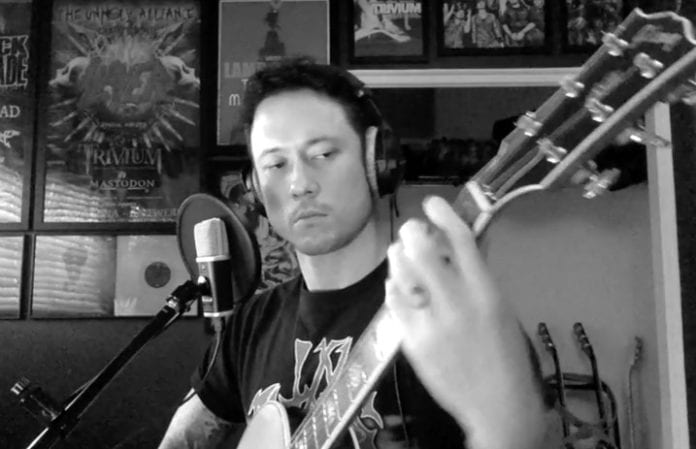 Matt Heafy, frontman of Trivium, has wowed us again with another awesome accoustic cover posted to his YouTube channel, and this time, he's gone pop punk.

Under the video, Heafy says “If you're familiar with my musical path, you know that before Trivium, I tried out for a pop punk band with the song 'Dammit' by Blink-182, and never made it in the band. Defeated, I was about to give up on music, until I stumbled upon The Black Album by Metallica. You know the rest.”

The cover is of Blink-182's “Dammit” ala In Flames and Johnny Cash, and if you can't even begin to imagine what that Frankenstein combo would sound like, check out the video below! Spoiler alert: it's amazing.

Heafy writes, “I've always loved Blink, and I wanted to cover “Dammit”, but I knew it had to be different. I thought in my head, 'How would In Flames Jester Race/ Whoracle/ Colony -era do “Dammit”?' Musically, this is that result. Vocally, I wanted to stick with that Johnny Cash covers album sorta range, but add in the fun harmonies that I love to do. The result is something I'm definitely proud of.”

Heafy posts covers on his YouTube channel often, including covers of Radiohead, the Misfits, Soundgarden, Alice In Chains, and Elvis, and yes, they're all awesome.

What would you like to see Matt Heafy cover next? Let us know in the comments below!