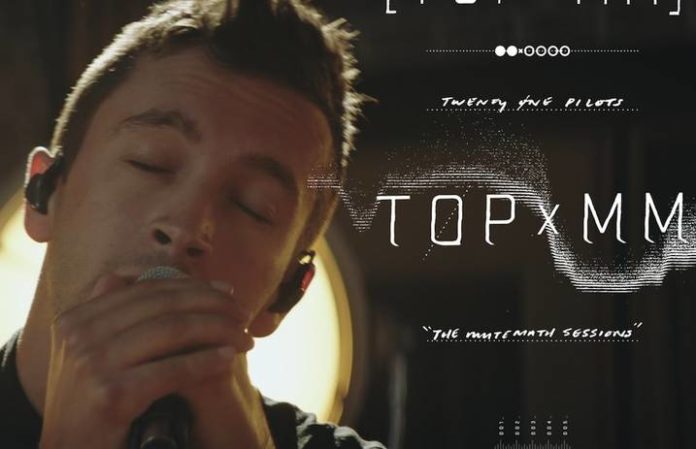 AP 342 cover stars Twenty One Pilots teamed up with Mutemath to surprise fans with an early holiday gift.

Past tour mates, the two bands created the TOPxMM Mutemath Sessions, which feature a live video and free EP of five reimagined songs.

In an interview for our latest issue, Tyler Joseph told AP Editor-In-Chief Jason Pettigrew, “Mutemath has been one of our favorite bands for a while, and having them come on tour with us was a dream come true. The most amazing part of that experience was that they were unbelievably nice, talented and grateful guys. They were literally thanking us for having them on our tour. It felt weird hearing that from a band that we looked up to, to interact with us in that way.”

He continued about the sessions, “We didn't want the experience to end there, so we thought about doing some sort of thing together. Paul [Meaney, Mutemath frontman] did a remix of 'Stressed Out' and it's one of my favorite remixes that anyone has ever done of one of our songs. So we had this idea where we'd go into the studio and kinda see what happens reimagining a few songs. It's really a great thing for our fans to take in. Hopefully they'll enjoy it because we had a blast doing it.”

Here's Mutemath's note to Twenty One Pilots after the Emotional Roadshow tour:

The latter four are from Twenty One Pilots' most recent album Blurryface, released in May 2015. In a year, the album sold more than one million copies.

And watch the 25 minute video of the sessions: