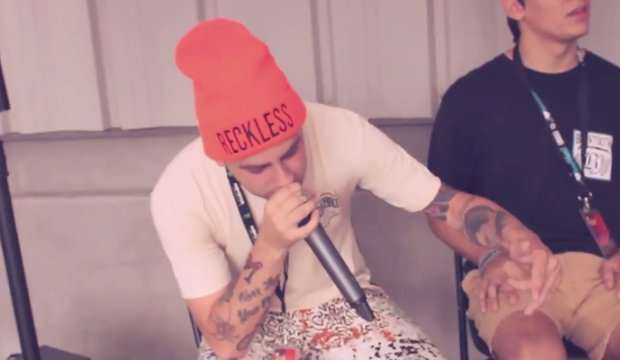 Issues are currently on the road headlining the Journey's Noise Tour alongside I Killed The Prom Queen, Ghost Town, Marmozets and Nightmares. During some downtime, Tyler Carter rapped part of Eminem's “Cleanin' Out My Closet” and Flippen Music filmed it. Check out a video of Carter's rendition below and let us know your thoughts!

Issues released their latest EP, Diamond Dreams, earlier this week, which features re-imagined versions of eight of their songs. Additionally, in case you missed it, watch the band kick off their current tour in this first video update.