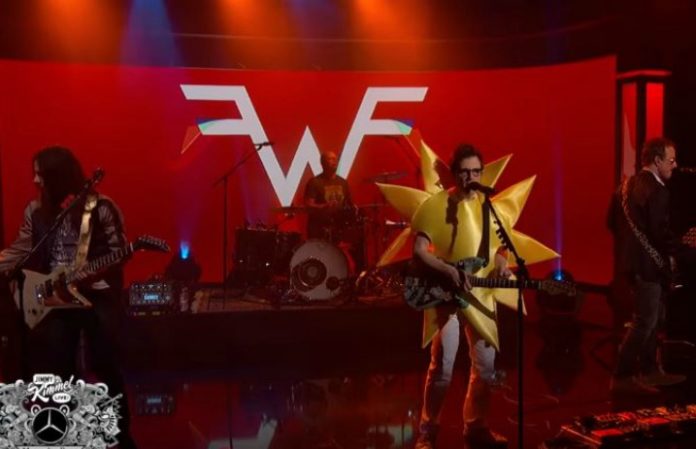 What should you wear when you're about to perform your new hit song “Feels Like Summer?” Dress up as the Sun of course which is exactly what Rivers Cuomo did when Weezer killed it on Jimmy Kimmel Live! last night (3/22).

Check out the videos of their performance below!

“Feels like Summer” is the first single from the band's upcoming eleventh album.

Weezer will also be hitting up the U.K. and Europe for a tour beginning in October.

“Island in the Sun”

With a discography that spans back to 1994, Weezer released their newest album—Weezer, aka The White Album—in April 2016.