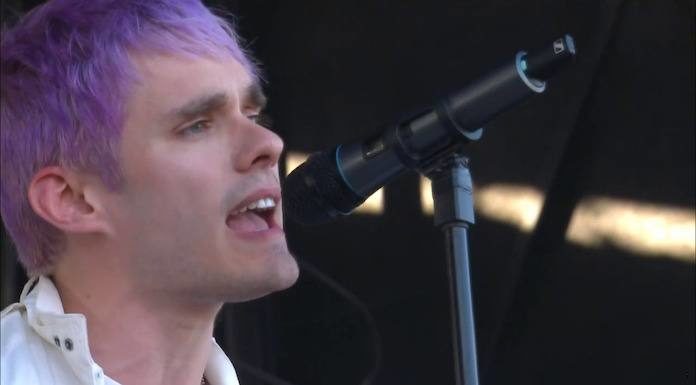 The final cross-country run for the Vans Warped Tour kicked off Thursday in Pomona, California. But technical difficulties caused beloved pop-punkers Waterparks to perform an impromptu acoustic set for the first date of the tour. Watch it below.

“Today, everything is fucked up,” singer/guitarist Awsten Knight announced to the crowd at the start of a spontaneous performance from the lavender-haired singer. “Cool. Everything’s gone to shit, so we’re acoustic today. What up?”

The frontman belted out a few fan-favorite Waterparks songs, seemingly at random, with a little help from audience song requests. Of course, this was in lieu of a regular set featuring drummer Otto Wood and guitarist Geoff Wigington.

MCR and Electric Century‘s Mikey Way was reportedly due to make an appearance during Waterparks’ Warped Tour set. But the last-minute acoustic switch seemingly nixed the guest spot. Be on the lookout for him during the band’s (hopefully problem-free) set at Friday’s Warped stop in San Diego.

Did you catch Awsten Knight’s improvised acoustic performance at yesterday’s first date of the last full Vans Warped Tour? Are you planning on seeing Waterparks at a Warped Tour stop near you this summer? Sound off in the comments.