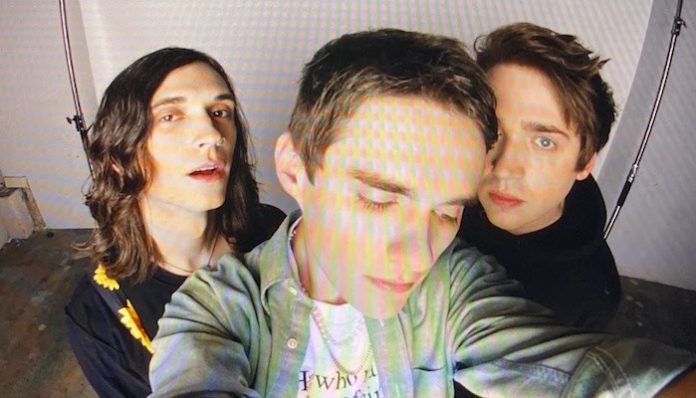 2020 is slowly coming to a close, but Waterparks aren’t slowing down. As the band prepare to start a new era, they are now sharing a new music video for their latest single “Lowkey As Hell” which features a surprising new hair color on lead singer Awsten Knight.

Knight first teased the beginning of the end of the FANDOM era when he cut off his green hair. Not too long after, Waterparks dropped “Lowkey As Hell” on Sept. 25. The track was the band’s first release since their third full-length album via Hopeless Records in October 2019 and remixes of “Dream Boy” and “Telephone” over the next few months.

Read more: It looks like Green Day and blink-182 almost did a Pop Disaster 2 Tour

Earlier this year, the trio announced a collaboration with rapper DE’WAYNE and the upcoming release of the group’s concert film FANDOM: LIVE IN THE UK. After releasing videos of several live performances including “[Reboot]” and “Turbulent“, the group are now dropping the official music video for their last single.

The band first made the announcement about the video yesterday morning. Knight later posted to his own feed to say he directed it.

LOWKEY AS HELL MUSIC VIDEO DIRECTED BY ME OUT TOMORROW

They later shared a link to the video premiere and also stated the countdown begins at 9:45 am PT.

GOING LIVE IN THE MORNING 9:45AM MY TIME ON HERE

Featuring lots of flowers, a skeleton Santa and a floating person, the video is as colorful as the frontman’s new hair. Knight shared a few words about the imagery exclusively with Alternative Press. We admit we’re not too certain what he means, but maybe some of the band’s fans will.

“THINK ABOUT IT,” Knight says. “TIME’S NOT REAL, LIGHT IS MAN-MADE, THERE IS ONLY ONE REAL TRUTH.”

Check out the official video to Waterparks’ “Lowkey As Hell” below.

Waterparks plan to hit the road in the UK next summer for the See You In The Future tour. A full list of dates is below and tickets are available here.

See You In The Future tour dates