Just a few days after Waterparks debuted “Numb” during their epic Anti Tour virtual concert, the trio have returned with a chaotically energetic video for the new track. “Numb,” which hit streaming services March 29, follows “Lowkey As Hell” and “Snow Globe.” As well, it offers another preview of the sounds and influences on Waterparks’ upcoming album Greatest Hits.

The “Numb” video is the latest installment of Waterparks Wednesdays, a series where the band are debuting a new release each Wednesday until Greatest Hits drops May 21.

Read more: 12 new collabs your favorite musicians have made with rising artists

For the “Numb” video, Waterparks find themselves confined in a colorful space with their energy threatening to burst free. Amid Otto Wood’s fervent drumming, Geoff Wigington’s intense guitar strumming and Awsten Knight’s charismatic interactions with the camera, the chaotic spirit felt throughout the video alerts fans that something big is about to happen. Then, the stop motion-inspired visual’s narrative completely flips. The sky soon opens up, and Waterparks are in the center of a violent thunderstorm.

As Knight exclusively tells Alternative Press, he wanted the video to represent the fast-paced energy of “Numb” while giving fans an ending they may not have anticipated. As well, Knight hopes the striking visual will further help spread those Coldplay rumors that he brought up in 2019 and included in the lyrics to “Numb.”

“‘Numb’ is straight energy the whole time, and I wanted the video to reflect that,” Knight tells Alternative Press. “I personally wanted to be the fast-paced ‘thing’ happening in the video. Then by the outro, I wanted a complete energy shift and my role and the room’s role switch places and the chaos transfers from me to the outside environment. The song itself feels like it gets ripped open by the end. I wanted the outro to be the complete inverse to the rest of the video without just hitting control lol. Anyway, enjoy. Also please help me perpetuate the Coldplay rumors, thanks.” 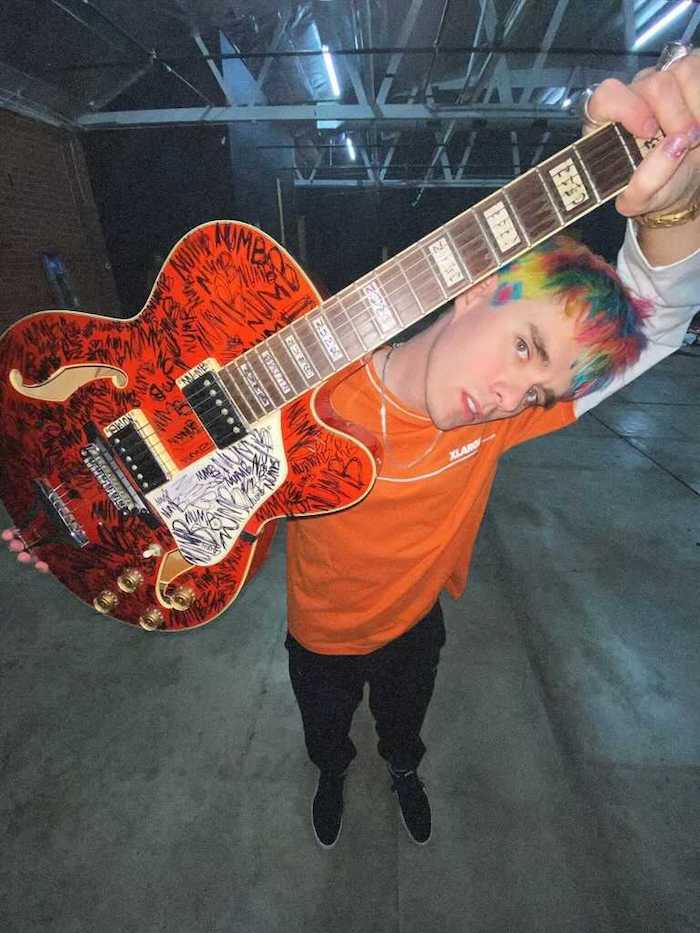 After debuting “Numb” during their Anti Tour livestream concert, many fans asked Knight to break down the tongue-twisting lyrics included in the track. So, the frontman took to TikTok to give listeners a little tutorial on just how easy the song’s lyrics really are.

“FOR EVERYONE TRYING TO LEARN THE FASTER VOCALS IN NUMB, I BROKE IT DOWN FOR YOU,” Knight says on Twitter.

FOR EVERYONE TRYING TO LEARN THE FASTER VOCALS IN NUMB, I BROKE IT DOWN FOR YOU ☺️ HAVE FUN! #NUMB OUT NOW!!! pic.twitter.com/T8qFfJr5KM

“Numb” appears on Waterparks’ upcoming fourth studio album Greatest Hits, which arrives May 21. Preorders for the album are available here.

SEE YOU IN THE FUTURE pic.twitter.com/Z51T0PU9Ez

So far, Waterparks fans have already gotten a few previews into Greatest Hits. All the way back in September, Waterparks said goodbye to the FANDOM era for good and dropped “Lowkey As Hell.” Then, in February, the trio officially kicked off their new album era with their video for “Snow Globe.”

Similar to “Numb,” Waterparks also kept things minimalistic for the “Snow Globe” visual. The video shows the trio in a winter wonderland as constant flurries of snow surrounding them. The sporadic spotlight on the band gives the visual a raw tone as they play arguably their most experimental song yet.

Knight exclusively revealed to Alternative Press that he really enjoys creating and watching minimalistic videos. In fact, some of his favorite Waterparks videos so far are the ones that were made using only the essentials.

Read more: 10 women in pop-punk who have left an unforgettable impact on the genre

“LATELY I’VE GOTTEN INTO MINIMALISM IN MUSIC VIDEOS,” Knight tells Alternative Press. “SEEING HOW MUCH YOU CAN DO WITH AS LITTLE AS POSSIBLE BECAUSE IN THE PAST SOME OF MY FAVORITE MUSIC VIDEOS OF OURS (LIKE ‘HIGH DEFINITION‘ AND ‘LUCKY PEOPLE‘) CAME FROM US JUST MAKING IT ALL OURSELVES.”

For Knight, he hopes the “Snow Globe” video doesn’t give too much away. Ultimately, he wants fans to decide what the meaning of the song is for themselves.

“‘SNOW GLOBE’ IS ALSO A SONG I WANTED TO LET SPEAK FOR ITSELF AND DIDN’T WANT TO SIMULTANEOUSLY TRY AND PUSH A SEPARATE COMPETING NARRATIVE IN THE VISUAL,” Knight tells Alternative Press. “VIDEOS THAT FEEL LIKE ART PROJECTS ARE MORE FUN TO MAKE AND THAT’S WHAT THIS IS.”

Read more: 12 artists who got their names from other alternative songs

Outside of Waterparks, Knight has also been collaborating closely with DE’WAYNE. Earlier this month, the duo finally dropped their highly-anticipated collab “Perfume.” DE’WAYNE first teased that a new track was in the works in July 2020. For the video, Knight and DE’WAYNE truly let loose by smashing television sets, skateboarding, throwing paintballs and basically destroying the video’s set. However, the real inspiration behind “Perfume” is love.

“I never ever write love songs, but this is one, and it’s about my high school lady,” DE’WAYNE says. “You ever love someone so much [that] you hate them? This is my ode to her, and if she hears it, I honestly hope she sings along. Even though falling in love can be the total opposite of beautiful. If you start to fall for someone, go super hard!”

Over the weekend, Waterparks also took over Veeps for their Anti Tour concert livestream. During the virtual set, the trio played a slew of fan favorites including “Cherry Red,” “Dream Boy,” “Telephone” and “Watch What Happens Next” among others. For those that missed the livestream, don’t panic. The entire Anti Tour performance is available to watch on Veeps until April 14. Tickets for the show start at $20 with numerous bundles still available.

What are your reactions to Waterparks’ trippy video for “Numb”? Let us know in the comments below. 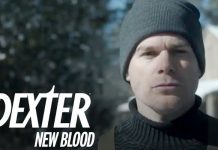