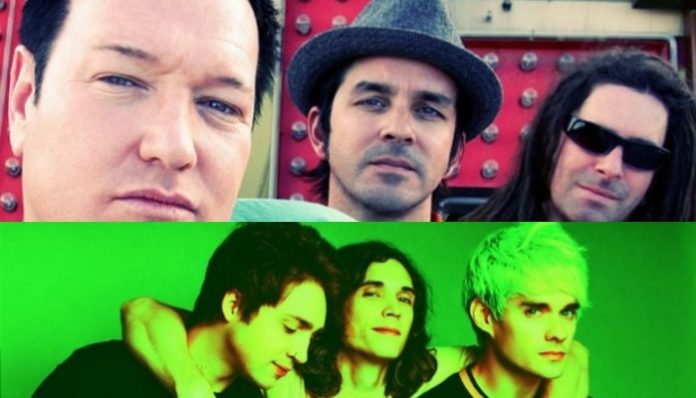 In one of the stranger crossovers of this year, it sounds like Waterparks are totally down for a future tour with Smash Mouth.

So does this mean Awsten Knight will join the band on stage to sing “All Star?”

Read more: Motionless In White give ASMR a hardcore twist in ‘Disguise’ documentary

To back things up, it all started very harmlessly. Waterparks were promoting their new song “Turbulent” on Twitter. Then, Smash Mouth quote tweeted it, suggesting their followers listen to the record.

Waterparks were apparently so touched by the move that they wanted to plan something big.

Anti-Flag bassist Chris Baker had the absolutely best response to the suggestion.

Fans couldn’t contain themselves either. See what they had to say about it all below.

Honestly, this is the content we didn’t know we needed.

Smash Mouth have been pretty active on Twitter, recently attempting to start beef with Drake over the NBA Finals for some reason, and it was actually pretty entertaining.

And, for good measure, you can listen to “Turbulent” below.

Waterparks have shared some interesting news about their new song “Turbulent” that are kind of hilarious.

First, the band’s Twitter revealed that the clean version of the song, that says “I’d unhug you if I could” and “so frick yourself and frick your feelings,” is on streaming sites.

“THE CLEAN VERSION OF TURBULENT IS UP ON ALL STREAMING SITES. IM SO MAD THIS VERSION IS GETTING RADIO HAHAHAHAHAH STREAM IT GO,” Waterparks tweeted.

Awsten Knight quote tweeted it and laughed at the whole thing.

A bit later, the band’s account revealed that Knight has six different versions of the song on his phone. He posted a screenshot that says “Turbulent – Nightcore Remix” and “Turbulent Slow.”

The song broke the band’s personal streaming record by getting more than half a million listens in just two days.

What do you think of the Smash Mouth and Waterparks crossover? Sound off in the comments below!