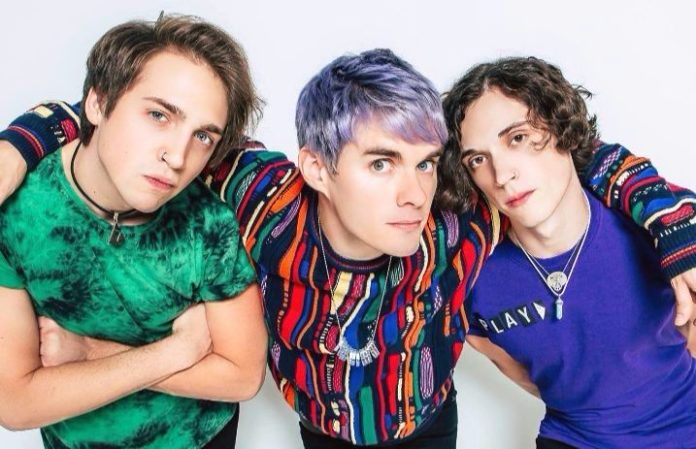 Waterparks are bringing Entertainment to the UK and Europe next year, announcing The Entertainment Tour, set to take place next March.

The dates will kick off March 1 in Birmingham, wrapping up in Brighton March 10.

The band announced their new album, Entertainment, with the release of “Blonde” last month, recently releasing an epic music video for the track. Entertainment is set to be released January 26 of next year, and it's currently available for preorder here.

When talking to frontman Awsten Knight about their new record, it sounds like there's plenty to look forward to.

“I never, ever, wanted to make the same thing twice,” Knight shares. “I’ve showed friends demos and everyone’s like, 'This is such a next step.' There’s a very clear growth.”

And we can't wait to hear what they have in store with Entertainment. Not to mention, their purple haired frontman will be on the next cover of our new issue, and you’re going to want to order this one ASAP.

We’re beyond thrilled we were able to help @awsten of @waterparks cross off something his bucket list!! We cannot wait for everyone to see the new cover featuring our fave purple haired friend ��

Check out the full list of cities and tour dates (with more to be announced soon!) below!

Where will you be seeing Waterparks on tour? Let us know in the comments below!