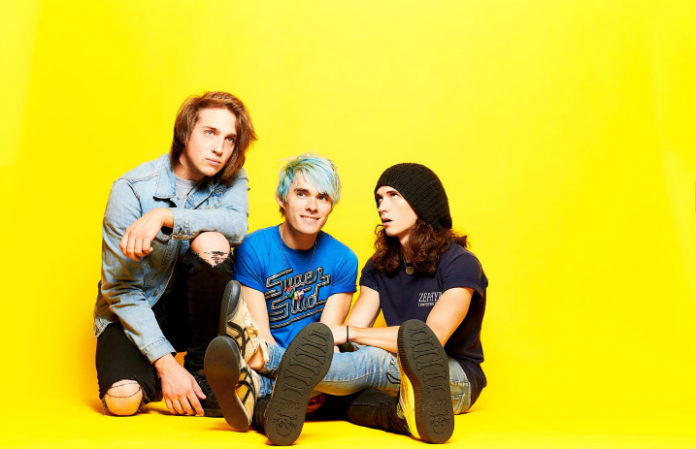 Waterparks fans, REJOICE: The band have announced their new album, Entertainment, due out next year, with the boppiest new track that we will have on repeat for the rest of the day. (And year… And our life.)

The band's new album is set to be released January 26 of next year, and when talking to frontman Awsten Knight about their new record, it sounds like there's plenty to look forward to.

“I never, ever, wanted to make the same thing twice,” Knight shares. “I’ve showed friends demos and everyone’s like, 'This is such a next step.' There’s a very clear growth.”

And we can't wait to hear what they have in store with Entertainment. Give “Blonde” a listen below!

Waterparks dropped by the 2017 Alternative Press Music Awards to perform the catchy Double Dare cut “Stupid For You”—check that out here.

Plus, the band will be headed out on tour this fall with As It Is, Chapel and Sleep On It. Excitingly enough, this is Waterparks’ biggest tour to date, and after winning Best Breakthrough Artist at the 2017 APMAs, we can’t wait to see them hit the stage this fall as part of the Monster Energy Outbreak Tour.

How stoked are you for Waterparks' new album? Let us know in the comments below!