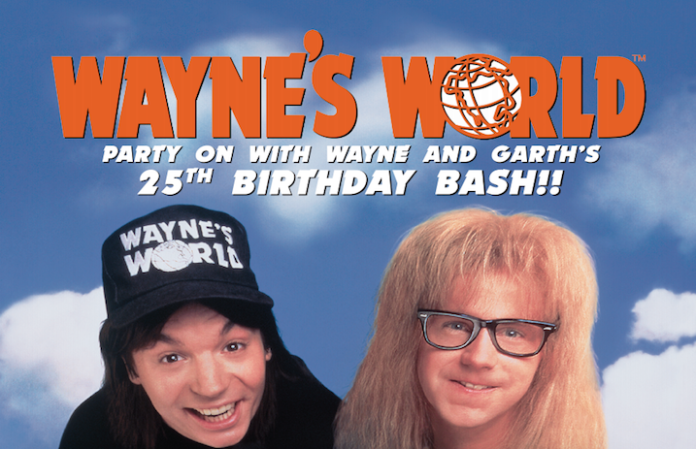 It's almost hard to believe that Wayne's World hit theaters in Feb. of 1992. If you were just an infant, or not even born yet and wanted to see it on the big screen, you're in luck. The cult classic is making its way back to theaters Feb. 7 and 8 in honor of the movie's 25th anniversary—Party time! Excellent!

Read more: ‘Malcolm In The Middle’ movie may be on its way

The special events will include an exclusive introduction by Peter Travers and a videotaped chat with the director and cast members after the film.

Tickets for the special showings can be purchased here. If you can't make it to the theater, there will be a Wayne's World Double Feature on DVD and Digital HD, arriving Feb. 14.

The movie, which originated from a reoccurring SNL sketch later got two feature films—and tons of awesome catchphrases. In 2015, Mike Myers and Dana Carvey also returned to SNL for the 40th anniversary of the show for a special reunion.

Check out the original trailer for the film below.