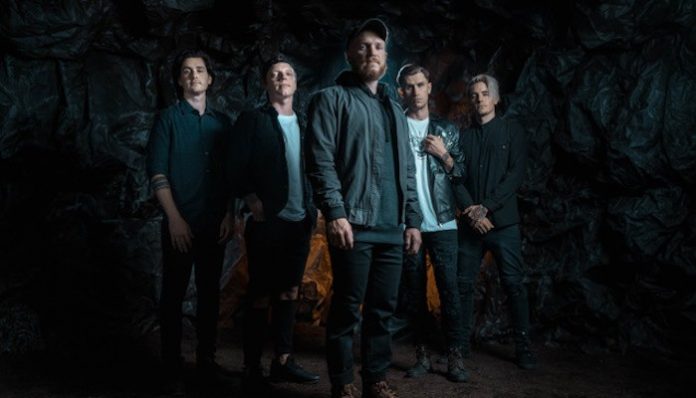 It’s been just under two years since We Came As Romans released their fifth full-length, Cold Like War. The album marked their final with late vocalist Kyle Pavone who passed away in August 2018.

Shortly after the devastating loss, the band announced not only were they continuing with their planned tour, but they would embark as a five-piece, both as a means to honor Pavone. Now, they’re sharing their first new music since his passing in “Carry The Weight” and “From The First Note.”

At the beginning of the week, WCAR began teasing fans of the possibility of two new tracks with SharpTone Records also chiming in. The following day, they confirmed the first, “Carry The Weight,” with a short clip.

Now with the new tracks arrival, the band stick to the promise of honoring their fallen counterpart. However, guitarist Joshua Moore states they made sure to also celebrate all that they built along the way.

Read more: 10 ways We Came As Romans singer Kyle Pavone and his legacy lives on

“When Kyle passed away, it changed everything for us personally and, as a byproduct, everything for the band,” Moore says in a statement. “An earth-shattering event puts a lot of things in perspective. We’ve spent so much time together. We’ve been doing this since we were kids.

“The one thing that won’t change is the way Kyle affected my life,” he continues. “Before we were bandmates, we were essentially brothers. In order to be genuine to our fans and ourselves, we had to write about what we dealt with losing him. At the same time, this isn’t just a bunch of songs soaking in depression. We want to celebrate what we built.”

The band hit the studio with longtime collaborator Nick Sampson (Asking Alexandria, Born Of Osiris) who was an engineer on their debut To Plant A Seed. Drew Fulk (Motionless In White, Lil Peep) also contributed, having worked with the band on Cold Like War, a record which was important to Pavone.

“Nick has been part of the family forever, because he was an engineer on our first record,” Moore says. “We also had to involve Drew. He produced Cold Like War, and it was Kyle’s favorite record. It felt like it needed to happen, since that was the last great memory Kyle made with us. Everyone was a big part of the process.”

Read more: 20 heaviest metalcore breakdowns turning 10 in 2019 including We Came As Romans, the Devil Wears Prada and more

In the context of the new tracks, Moore expands on the previously expressed sentiment that they wouldn’t be replacing Pavone.

“There was no way we were getting another singer to come in,” Moore says. “Based on the thought process, that was a lyrical inspiration for ‘From The First Note.’ We’re allowed to be angry and upset, but we’re also allowed to be happy we had those memories. Kyle was able to find hilarity and fun in the shittiest of situations. One of my favorite images is him riding a raft during Warped Tour with his microphone. We’re looking back on everything fondly.”

Check out the two new tracks released via SharpTone here and below.

More on We Came As Romans

Last November, vocalist Dave Stephens explained that the group would continue on with Stephens singing both his and Kyle’s parts.

“We wrote those songs together and they’re still my songs as well, but it’s weird even for me singing his parts,” Stephens said at the time. “I’m sure it’s kind of strange to the fans and the band, but I can’t imagine how much more strange it would be to have someone else singing them permanently. We don’t ever want to add another member again, and at this point, we’re closer than ever. We wanna do our best to honor [him] and make him proud but never replace him. He definitely won’t be forgotten.”

In April, the band revealed they were hard at work writing their sixth full-length. Stephens revealed they planned to both honor and incorporate unreleased Pavone work in their upcoming release as well as use the new songs as a therapy to cope with his loss.

“We’ve been throwing a few demos around,” Stephens tells Billboard. “I love that we’re going into the studio with so much to write about and something that hits home for all of us so hard. We’ve never had something so terrible happen, and I think it’s going to be therapeutic to write about it and be together and go through the whole process. I’m actually really looking forward to it.”

Shortly after his passing, Pavone’s family launched a foundation in his honor. For those who would like to donate to the Kyle Pavone Foundation, you can do so by donating a specified amount on the site, texting  “Support KYLE” to 20222, or you can send checks or money orders to the following:

We Came As Romans will be joining Motionless In White on their Trick ’r Treat tour alongside After The Burial and Twiztid that kicks off this week. Grab tickets here and check out the full list of dates below.