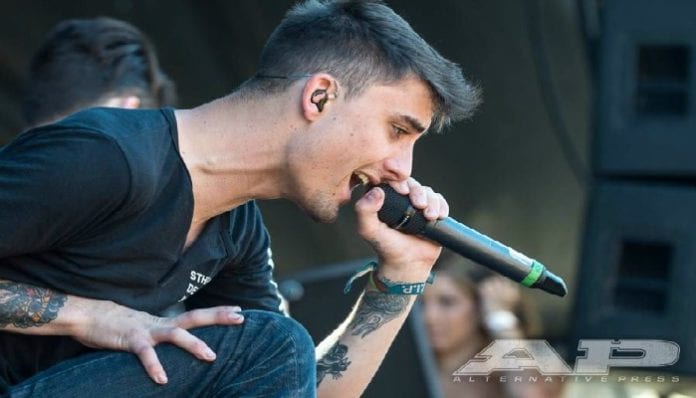 We Came As Romans’ clean vocalist, Kyle Pavone, has died at the age of 28.

“Today music lost another great with the passing of Kyle Pavone of We Came As Romans,” reads a statement from the band this morning. “Kyle’s tragic loss came too early in his life and those of his bandmates. All are devastated by his passing. We will miss his smiles, sincerity, his concern for others and his impressive musical talent.”

In lieu of flowers, the band will offer more information later this week on charity donations.

The band’s statement ended with the lyrics “Will I be remembered or will I be lost in loving eyes?” from their track “Promise Me” off their latest album Cold Like War.

Fellow musicians quickly took to social media following his passing to pay tribute to the vocalist and offer their condolences to WCAR and Pavone’s family.

WCAR are scheduled to appear on Bullet For My Valentine’s Gravity tour, which kicks off next month.

Pavone was born June 5, 1990, in Birmingham, Michigan. He joined We Came As Romans in 2008 taking on the role of clean vocalist as well as playing keyboards, piano and synthesizer. He first appeared on WCAR’s Dreams EP released Dec. 12, 2008.

You can see him performing live with the band in June below.

We extend our deepest condolences to Pavone’s family, friends and brothers in We Came As Romans at this time.