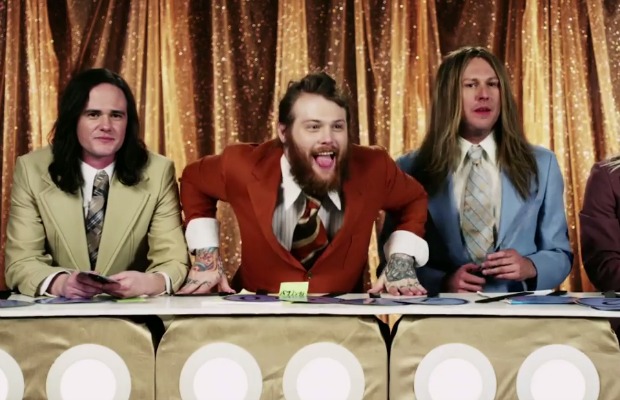 Asking Alexandria have found themselves in the news a lot this week after announcing they were reuniting with ex-frontman Danny Worsnop, garnering attention from both fans and the industry alike.

After statements from the likes of Asking Alexandria guitarist Ben Bruce, Worsnop, and others, Worsnop’s most recent group, We Are Harlot, released a statement saying they found out about Worsnop's move “in the same way that you all did.” Read the statement in full below.

We Are Harlot went on to say that they are not sure about what their future looks like as a band. However, they are not letting any change in plans hold them back from releasing new music, ensuring that at the end of the day, it's all about the fans and the fun of writing. “Things change fast in the music business and many times a decision is made very quickly that changes everybody's schedules and futures,” they say.

“We in Harlot will in no way act as though we are the victims. There is zero me is us and there is zero me in We. We Are Harlot is exactly what it has always been.. All of us in a resounding 'We'… At this point we will wait to see what happens and we will keep our fingers crossed along with all of you.”

Worsnop did reassure in his official statement that he would be working on a new We Are Harlot record due out next year. He will also be releasing his debut solo record, The Long Road Home.

We Are Harlot concluded by telling fans that they should be expecting new music during 2017. “Rest assured, Harlot will not be sidelined in ANY way and know full well that you will have a new Harlot album in your hands by Feb. One way or another.”

Read the statement from We Are Harlot in full below, and watch footage of Worsnop’s first reunion show back with Asking Alexandria from last night here.