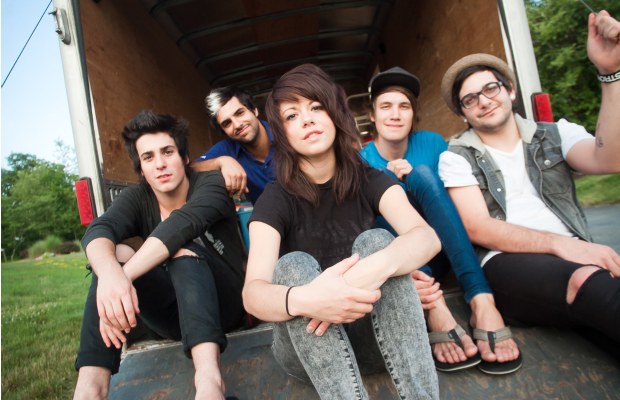 There’s been some buzz in the We Are The In Crowd camp recently after months of quiet. In a Kerrang! interview, frontwoman Taylor Jardine announced a new project that will include former We Are The In Crowd members. After two new statements posted to Twitter today, we now know that those former members will include Jardine, bassist Mike Ferri and guitarist Cameron Hurley. Jardine is the sole singer moving forward—eliminating former vocalist Jordan Eckes. Drummer Rob Chianelli will also not be continuing with the band.

Read more: What is going on with We Are The In Crowd?

The first statement came from We Are The In Crowd’s Twitter account, which clarifies some of the confusion resulting from Jardine’s announcement in Kerrang!. Yes—We Are The In Crowd did record a third LP, a follow-up to 2014’s Weird Kids. However, the band feels that the new record does not accurately represent the essence fans have come to know and love. Rather than disappoint fans and “force” the new music to be something it isn't, the members have decided to move forward without the We Are The In Crowd label.

“We decided we were better off being true to ourselves and our fans and giving this new ‘thing’ an identity of its own for all of you to embrace or ignore without compromising the history or future of WATIC,” the statement reads.

The band also clarify that this is in fact just a break—not a break-up—and that there is no “dirty laundry” to air out with this decision. There is even mention of more We Are The In Crowd to come in the future—but just not at the moment.  “I don’t see any reason why there wouldn’t be more WATIC material on the horizon,” the statement continues.

The second statement came from former We Are The In Crowd drummer Rob Chianelli, who announced his departure from the group to pursue other endeavors.

Check out the two statements below. There is still no word from former singer Jordan Eckes.