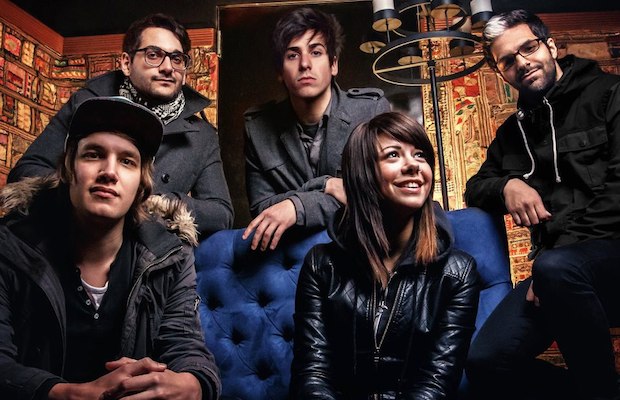 After being nominated for U.K. music magazine Kerrang!’s “Hottest Female” award, Tay Jardine from We Are The In Crowd wrote an interesting blog, stating that while the award is flattering, it makes her feel “weird.” The singer then went on to say that she’s much more proud about being nominated for WATIC’s single, “The Best Thing (That Never Happened).” Read the full post below, and let us know what you think.

“As flattering as it is, being nominated for Hottest female has always made me feel weird, haha. “Being hot” is not why I do what I do, I do it to share my music and my life with anyone that will listen. No one dislikes being complimented about their appearance but I really believe that everyone should feel comfortable in their own skin because of who they are and what they stand for over anything else. I’m not trying to scoff at the nomination or boycott it (I’m looking at you tumblr journalists!) I just want to offer a little bit of insight into my life.

To be honest though, I’m much more proud of being nominated for the work my friends and I have done, which is why I’m really excited that we’re being recognized for our single as well. We worked very hard on “The Best Thing (That Never Happened) and I lost my breath when I found out our fans in the UK felt it was worth winning an award. THAT means everything to me, thank you so much for believing in us and for the nominations, you should feel as proud as we do because you’re ALL a part of what WATIC and I accomplish.”

WATIC's latest album, Weird Kids, is out now via Hopeless Records. The band will be playing the 2014 Vans Warped Tour.