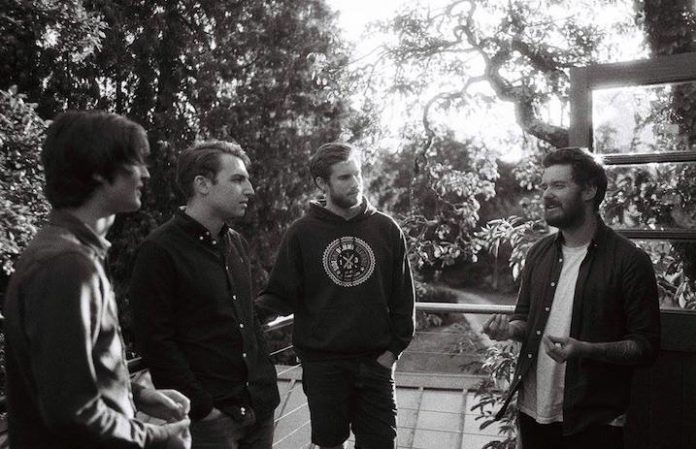 After being together for the last 10 years, We Are The Ocean have announced their breakup.

Read their official statement, along with their final tour dates below.

We Are The Ocean released four albums, along with two EPs since becoming a band in 2007. Their most successful album was their second album Go Now and Live, which was released in 2011. That album peaked at No. 46 on the UK Albums Chart.

The band has also performed at Warped Tour, along with Download Festival and Reading Festival.

We Are The Ocean will be performing three final shows in the UK in March. You can read their final statement that they made on their Facebook below.

“To our fans, our friends, our family. This is by far the hardest decision we have had to make, but We Are The Ocean is coming to the end. This is a message to say thank you for exceeding all our expectations, and clarifying that music is one of the most powerful and incredible things in this world. It's taken us to places we had only dreamed of and given us the opportunity to meet some incredibly inspiring and hard-working people along the way.

Starting out as local friends whose only realistic aspiration was to play the Walthamstow Standard, things picked up… and little did we know the journey we would embark on; performing hundreds of shows, travelling thousands of miles, standing before tens of thousands of beautiful faces. Seeing people who turned up early for shows, those who were buying our music, wearing t-shirts, even getting tattoos! This is something we will all remember and hold dear for the rest of our lives. For the past ten years, we have lived a glorious fantasy. But like all fantasies, it ran the risk of being infected by reality.

And the reality is, a life in music requires sacrifice, and more so every year. As opportunities deteriorate and competition rises, there are more and more sacrifices artists have to make in pursuit of a dream. And much as these sacrifices were ones we were more than willing to make, after time they began to distort the heart and soul of the music we were creating. As painful a decision as it was to make, we feel it is more important preserve the happiness it brought us from the beginning, than taint it with an unforgiving and unpredictable future. Our hearts still stay firmly in the music we've written over the years, but it's time for another journey to begin.

As those who have seen us live will know, we never turn down the opportunity for an encore. So in true We Are The Ocean fashion we will be playing a handful of shows over the coming months, as one last chance to celebrate the past, the present and the future. If you wanna hear songs from Cutting Our Teeth, Go Now And Live, Maybe Today, Maybe Tomorrow, Ark and the Self-Titled EP (yep, your favourite MySpace profile songs) then join us for what will be an unforgettable evening.

It is with sadness we write this but honestly, we're excited for the future and there's still so much we have left to give. These shows will be for you who made it all possible, the fans. From the bottom of our hearts, we love you, thank you and stay posted for more announcements.

Tickets for their final tour will be available Friday (Jan. 20) at 10 a.m. here.