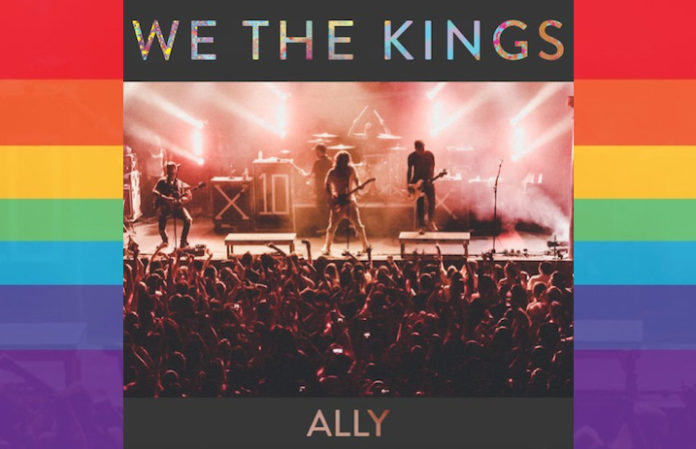 We The Kings have released a new song called “Ally” to celebrate Pride Month. Hear it below!

The band, who are Florida natives, were hit close to home with the tragic 2016 Orlando nightclub shooting. We The Kings' new track “Ally” is in honor of all those affected, and to show their support for the LGBTQIA+ community.

Here's what We The Kings lead singer Travis Clark says about “Ally”:

“This song was written with hope for Human Rights and EQUALITY for the world we live in and all the worlds after. We've decided to release it today specifically in support of Gay Pride month and dedicate it to all those who were effected by the tragedy at Pulse Nightclub just a few miles away from my home in Orlando, FL. I hope this song can help everyone in need of a friend and an ally. We love you all and appreciate all the love and support you've shown us over the years, it's time to give that same love and support to every soul on this earth.”

Stream “Ally” on Spotify or iTunes below, and check out an acoustic performance video of the track after the streams!

Watch more: APTV interview: 10 Years of We The Kings