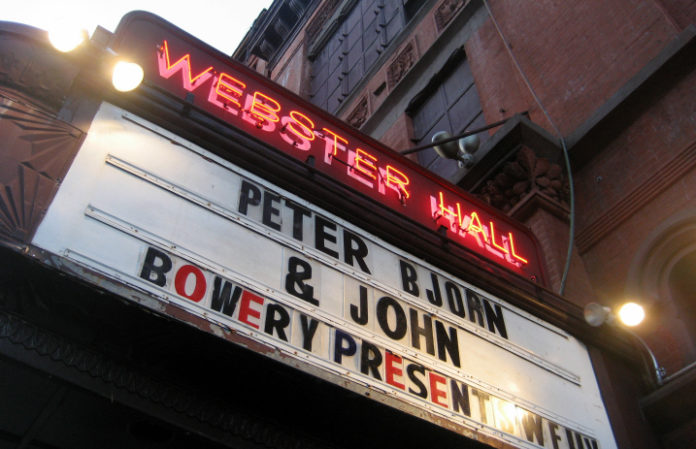 Historic New York City venue Webster Hall will be closing its doors for a major venovation under new management.

Read more: Credited for booking MCR’s first NYC show, Heath Miller tells us how he made it in the industry

According to Webster's current director of operations Gerard McNamee's Facebook post, the 1,500 capacity East Village venue has been sold to the corporate owners behind Barclays/AEG/Bowrey Presents, and will be closing down next month for renovations and corporate overhaul.

The final club night at Webster Hall before the transition will be August 5, 2017. McNamee urges fans to “Please come celebrate our rich 25 year history of being the biggest, baddest and longest running nightclub in the history of New York City.”

Webster Hall has hosted many rock legends over the years, from Elvis Presley to Metallica, and countless bands from our scene, like Green Day, The Story So Far, and Senses Fail.

Share your favorite Webster Hall memories in the comments below!