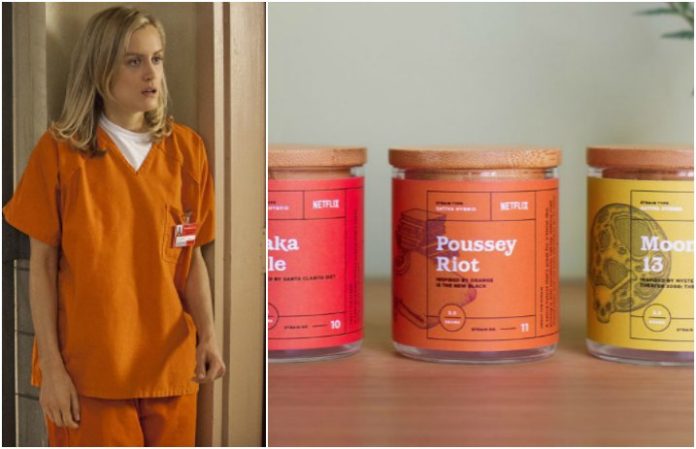 Ahead of the release of their new pot-themed TV show, Disjointed, Netflix did what any brand would do (or at least want to do) in a similar situation—open a pop-up dispensary.

The pop-up included strains based on Disjointed, of course, as well as Orange Is The New Black, Wet Hot American Summer: Ten Years Later, Grace And Frankie, Chelsea, Arrested Development and more.

According to Adweek, the teams began curating the weed strains six months ago, after getting descriptions of feelings for each show, then pairing each show with a corresponding strain. (Although, it's important to note that Netflix didn't actually sell the weed—they partnered with the dispensary and had its lawyers sort out hwo it could distribute the weed, as Adweek explains.)

Orange Is The New Black had “Poussey Riot,” which is good for “kicking it with somebody, talking, making mad stupid jokes, and not even wanting to go to sleep.” Chelsea’s was titled “Vodkush,” and its description? “Don’t think of yourself as a stoner. Think of yourself as an advanced botanist.”

According to the news source, the dispensary sold over a hundred jars of the Netflix marijuana—or roughly a pound.

If you were hoping to try the Netflix-inspired strains yourself, you’re sadly out of luck. They were only on sale at last weekend’s pop-up dispensary. However, we can't wait to see what they’ll come up with next.

What are your thoughts on Netflix’s pot dispensary partnership? Let us know in the comments below!