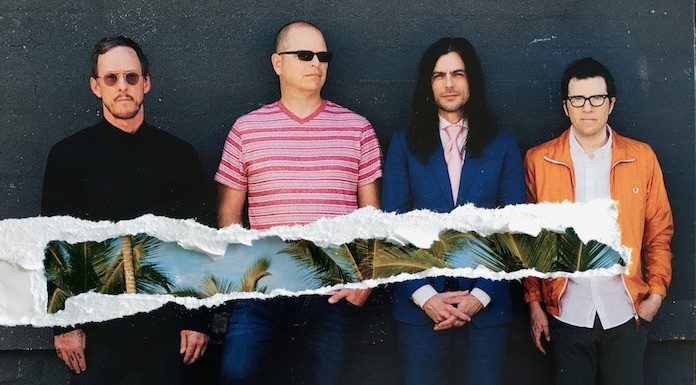 Responding to requests on social media, Weezer have finally recorded Toto‘s “Africa” after fan campaign #WeezerCoverAfrica urged the rockers to tackle the ’80s hit. Listen to Weezer cover “Africa” (as well as their take on Toto’s “Rosanna“) below.

But the user behind the meme (reportedly a “14-year-old music fan from the Cleveland area,” per Noisey) appeared disappointed with the cover twist, tweeting, “#WeezerCoverAfrica turned into #WeezerCoveringRosanna ???”

Well, the social media influencer can now relax. The band were obviously pulling a Toto “rickroll” by dropping their “Rosanna” cover ahead of “Africa.”

And, hey, even Toto guitarist Steve Lukather appears to enjoy the new Weezer version, tweeting his approval of the #WeezerCoverAfrica tune on Tuesday:

Very flattered and thanks Weezer.

We recorded this -2nd take NO rehearsal in 1981.
Not that anyone cares.. hahaha.
We were kids. Lived in the studio working on our stuff and every session in LA. Best times ever! Hope we meet someday.
Unless you hate us. hahaha

“I don’t know what’s next,” @WeezerAfrica tweeted after realizing that Weezer’s “Africa” cover is a now a very real thing. “Just let me enjoy this for a while.”

Indeed, the willpower of a very particular fan (and thousands of social media users’ prodding) has finally paid off. Behold, Weezer cover “Africa”:

This isn’t the first time Weezer have released a striking cover version; and they’ve attempted deeper cuts before. In 1999, the band showed their stuff on the Pixies’ “Velouria.” In 2003, they dropped an acoustic version of Green Day’s “Worry Rock.”

More Weezer on the way

And a new album from the Weez is said to be coming soon. Reportedly, it’s going to be the much-rumored “The Black Album,” as noted by SPIN. Following 2017’s Pacific Daydream, frontman Rivers Cuomo says the group created the new album while finishing the last.

“This other album kind of materialized,” Cuomo told Double J. “I had two folders on my Dropbox: one was ‘The Black Album,’ and it didn’t get filled as quickly as this other folder. […] So, we put a name on it, Pacific Daydream, and put that out first.”

What do you think of the Weez-ified “Africa”? Were you fooled by last week’s “Rosanna” fake-out? Ready to hear “The Black Album”? Sound off in the comments.