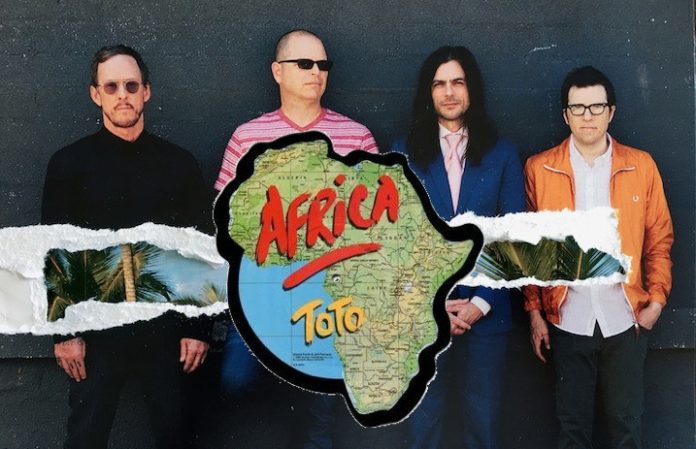 Say it ain't so, Weezer have actually delivered on a Twitter fan campaign urging the band to cover a Toto song—they just covered the wrong one. Hear Weezer's take on Toto's 1982 No. 2 single “Rosanna,” we guess, below.

If, for some reason, you've been following Weezer news in 2018, or you just happen to enjoy crowdsourced attempts to get once-great bands to cover ridiculous (but catchy) songs, you're probably well aware that the Twitter account @WeezerAfrica has been trying to get the “Buddy Holly” alt-rockers to cover Toto's ubiquitous No. 1 '80s hit “Africa” for quite some time now.  And plenty of Twitter users have hopped aboard this lol train—even Toto's David Paich got involved, as reported by Pitchfork. Twitter is funny!

On Thursday, Weezer tweeted at the @WeezerAfrica account with their new “Rosanna” cover, seemingly trolling the troller with their cheeky twist on the meme-errific request. Soon after, the account's founder (apparently a 14-year-old girl named Mary, per Noisey) tweeted back, “#WeezerCoverAfrica turned into #WeezerCoveringRosanna ???” Mm-hmm, yep.

@RiversCuomo What have you done to @Weezer, man? Not cool.