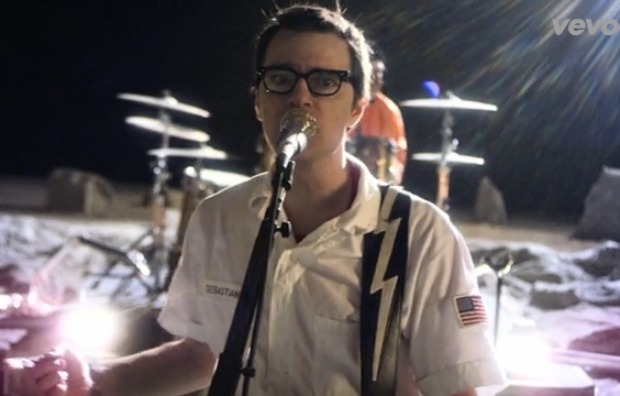 Weezer have released a new music video for their lead single, “Back To The Shack” (via Noisey), which finds them rocking out on the moon—an oddly fitting setting for the band.

The track is taken from the Rivers Cuomo & Co.’s upcoming ninth album, Everything Will Be Alright In The End, which will be released on October 7 via Republic Records. Check out the new video below, and let us know your thoughts.

If you missed it, you can hear all of the band's new singles—“Back To The Shack,” “Cleopatra,” “Lonely Girl” and “The British Are Coming”—and teasers on AltPress. Not enough Weezer for you? Here are 15 pop songs you probably didn't know frontman Rivers Cuomo wrote.

The band recently announced a short tour where they will perform the new album in full. Check out the dates:

*Full album performance of Everything Will Be Alright In The End