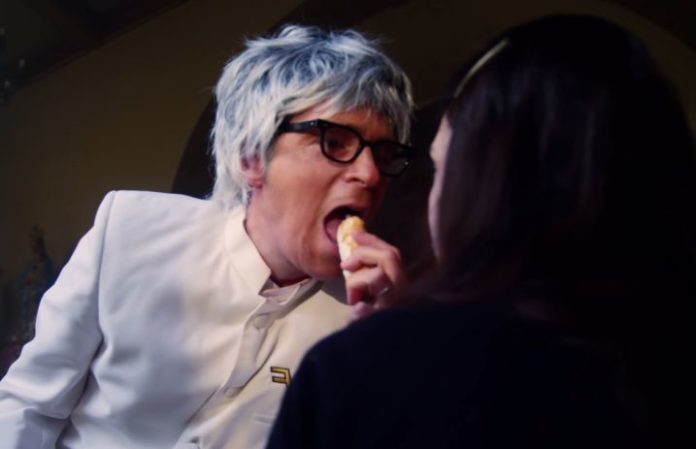 When Weezer released the cannoli-loaded visuals for “Thank God For Girls” last month, we mentioned that it likely wasn't the single's official video, and that's been proven true as the band has released the final SCANTRON-directed clip for the track today. The video features frontman Rivers Cuomo as an amoral preacher, enjoying gambling and women in between sham sermons where he accepts loads of donations and fakes miracles. The human cannoli vacuum from the previous clip makes a cameo as well. You can check it out below.

Despite two new singles surfacing recently, Weezer claim to be “on the loose and experimenting,” with no official news of a new album, although one is said to be in the works; a follow-up to last year's Everything Will Be Alright In The End.