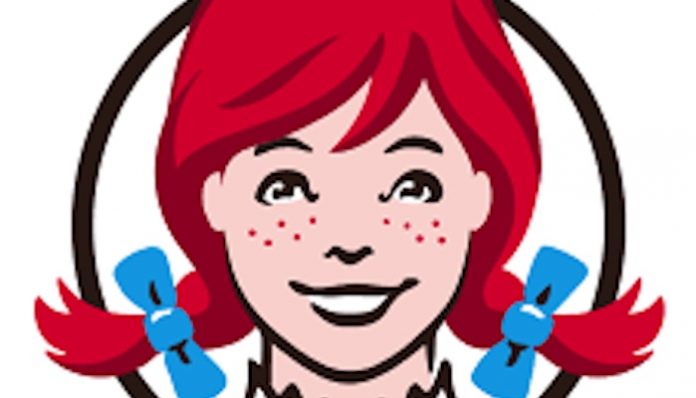 Wendy’s finally brought back their iconic spicy chicken nuggets, and now they’re giving some away for free.

The entire reason they brought them back in the first place is thanks to Chance The Rapper.

“Positive Affirmations for today: I WILL have a good day, I WILL succeed today, Wendy’s WILL bring back spicy nuggets at some point please please Lord let it be today,” the rapper’s tweet read.

“Y’all keep asking, so here’s your chance. The people in charge say if you guys can get our tweet (this one right here) to 2 Million likes, they will bring SPICY CHICKEN NUGGETS BACK.

Two million is a ton of likes, but if anyone could do it, it’d probably end up being the hilarious Wendy’s account. We aren’t the only ones who believed in them, Twitter itself thought so too.

There’s a chance you’ll pull this off

Then, after less than two days, Twitter actually did it.

“THIS IS NOT A DRILL! Spicy Chicken Nuggets are coming back! Y’all are crazy! That took like a day and a half! WHAT?! We don’t know when yet, gotta figure it out, but soon, and ok, LOSING IT RIGHT NOW THIS IS AMAZING!!”

THIS IS NOT A DRILL!
Spicy Chicken Nuggets are coming back! Y’all are crazy!
That took like a day and a half! WHAT?!
We don’t know when yet, gotta figure it out, but soon, and ok, LOSING IT RIGHT NOW THIS IS AMAZING!!

Then, they finally came back on Monday to everyone’s delight.

Rise and grind.
Let’s get these Spicy Nuggs.

As if things couldn’t get any better, Wendy’s has been giving away 2 million free spicy nuggets since then to honor the 2 million likes on the original tweet.

The restaurant chain took to Twitter to explain two ways to get a free 6-piece spicy chicken nugget.

“First, You can get it by mobile ordering through our app.

E-Z. Or, if you don’t want to leave the house, use code SPICYNUGGS on DoorDash,” they wrote.

Dope. There’s two ways to get a free 6-Piece Spicy Nuggets.
First, You can get it by mobile ordering through our app.
E-Z

Or, if you don’t want to leave the house, use code SPICYNUGGS on DoorDash.

So it looks like your lunch plans for the day are all figured out. Long live spicy nuggets.

Wendy’s has been no stranger to mixing music and fast food. From roasting some of our favorite bands to letting two bands perform inside, they’ve always been supportive in their own way. Then, the chain partnered with Har Mar Superstar for one of the most unique concert experiences ever.

The fast food chain upped that previously mentioned impromptu Knoxville, Tennessee show by organizing one of their own. In celebration of their current Baconfest promotion—which you guessed it, is all about bacon—the brand organized a show under the same name inside one of their restaurants.

Last week, Wendy’s announced their live and totally on-point Baconcert featuring Har Mar Superstar. With it, they launched a livestream for those who couldn’t make it to Minneapolis.

Tune into our Baconcert with @HarMarSuperstar Live tonight at 8:30CT.

Be one of the first 1,000 people to use the code BACONCERT on @DoorDash to score a free Baconator👉👉 https://t.co/Hh0eXVm4Sj

“We wanted to share our love of our bacon with everybody else,” Carolla says. “When you think of a festival, you think of music, good times, and good food, so we wanted to bring that to a local Wendy’s.”

Every single time @harmarsuperstar changed lyrics to be about @wendys menu items or bacon @fantasticplanet_ smiled this big and it was as fantastic as the baconators were.

Both Har Mar Superstar and those in attendance shared some other snaps from the show.

‪ ‪Just setting up to rock A WENDY’S. The one on Lake and 26th in MPLS to be exact. If you don’t get a spot on the list, tune into @Wendys @ 8:30 PM to catch the livestream of the show here: https://twitter.com/i/broadcasts/1ypJdvEnPXYKW‬

According to The Current, a restaurant employee confirmed the stream hit 50,000 people. Carolla also suggested that the Minneapolis pop-up may not be the last Baconfest. The rep hinted that a Midwest city such as Chicago or even a mini tour could be happening in the future.

You can check out the livestream below.

A Wendy’s where @HarMarSuperstar is performing a LIVE Baconcert in Minneapolis, MN
Tune in tonight at 8:30pm CT. https://t.co/psY8E8fHM7

What do you think of Wendy’s giving away free spicy chicken nuggets? Sound off in the comments down below!