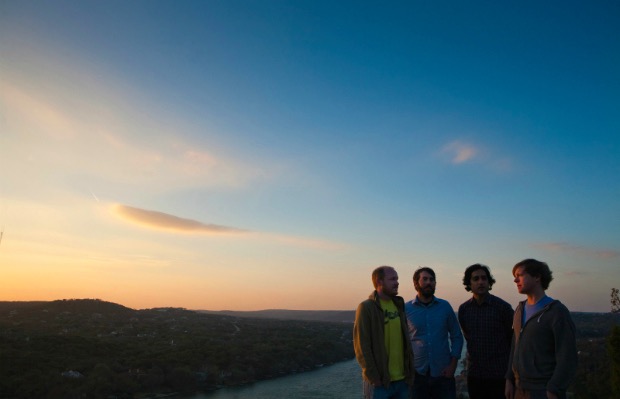 Explosions In The Sky have revealed that they are “well into the process” of writing and recording what will be their seventh studio album. It is for this reason, along with the fact that it will still be a while before they finish the impending LP, that they will be fairly quiet during 2015 in terms of touring and playing shows. You can check out all of what they had to say below.

Read our review of Explosions In The Sky's soundtrack to Prince Avalanche.

Explosions In The Sky have now been a band for 16 years, releasing six full-length albums, four film soundtracks and contributing to multiple compilation efforts in that time. Do you have a favorite memory of the band? Did you first discover them through a movie? Let us know in a comment!

Sorry that we've been running silent for awhile. The last few years have been pretty hectic for us (touring, working on soundtracks, etc.), so we've spent the last few months in hibernation. 2015 will also be on the quiet side, at least as far as touring and shows are concerned. This is because we'll be spending most of our time writing and recording stuff for a new album. We're well into the process, but we still have a ways to go. We're pretty excited about what we're coming up with and we'll keep you posted as we go. Anyway, we just wanted to say welcome to 2015 and we hope it goes okay for all of you. We're now in our sixteenth year as a band and we're grateful every single day that you're still listening. Take care.