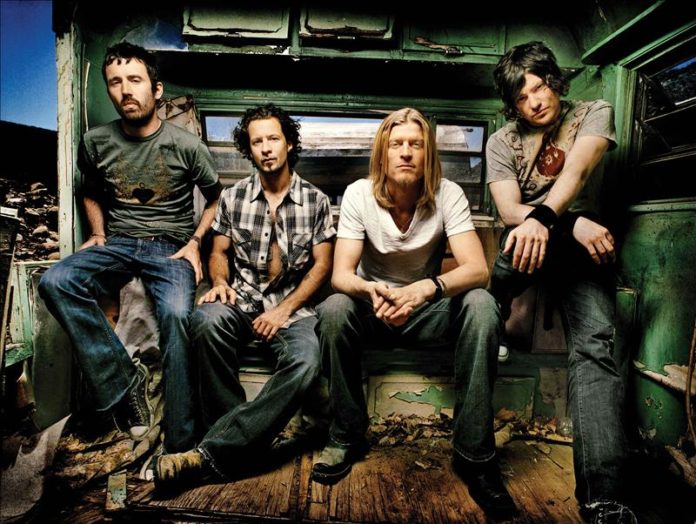 Puddle of Mudd singer Wes Scantlin was arrested yesterday after getting a little too “psycho” on his neighbor's yard in California. The singer reportedly “revved up a buzz saw and picked up a sledgehammer to have at a concrete wall the singer claims was built on his property,” according to News Radio. The LAPD charged Scantlin with felony vandalism.

This isn't Scantlin's first offense either. He was arrested in 2012 and plead guilty to cocaine possession as well as pleading guilty to charges of domestic violence earlier this year.

TMZ.com caught the singer leaving the police station Wednesday night after the incident, check it out below: